Few things are more entertaining when living in Germany than going on the road for a concert. This time, I went to see Cellar Darling, one of my fetish bands, in Munich.

A long weekend in the Bavarian capital is the best way to start a 10-day vacation before heading to another country for new experiences.

Check in at a hostel, then heading out on a sunny Saturday morning brought a surprise, though. When walking downtown, I stumbled upon a ticket reseller at the Marienplatz. For a decent profit, he sold me a ticket to watch FC Bayern playing against Darmstadt at the Allianz Arena. It wasn’t in the plan, but as a Bayern fan, I couldn’t resist. 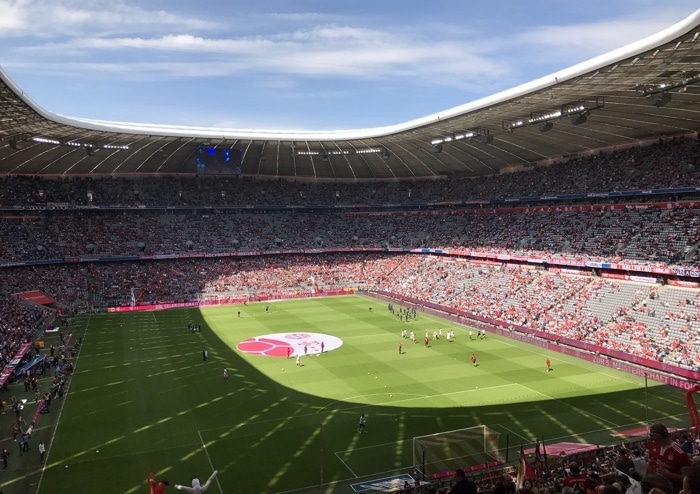 It wasn’t the best game ever, but I appreciated watching my team in person.

For the rest of the day, I first headed to a biergarten at dinner time. Being a bit health conscious, I took a salad along with a beer to avoid having too many carbs.

What to do in the evening, as the concert is on Sunday night? The hostel staff gave me a few recommendations that are different from what people usually visit Munich for. An idea was to go to the “long night of music”, which lasts from 20:00 to 3:00, but it felt odd given the next day’s plans.

I settled for the Frühlingsfest, which is a bit like the Oktoberfest, but not as touristy. In fact, the crowd is younger, the place is not a busy and you can either sit down for beer or try one of the rides as you would in a traditional public “circus”. Interesting. 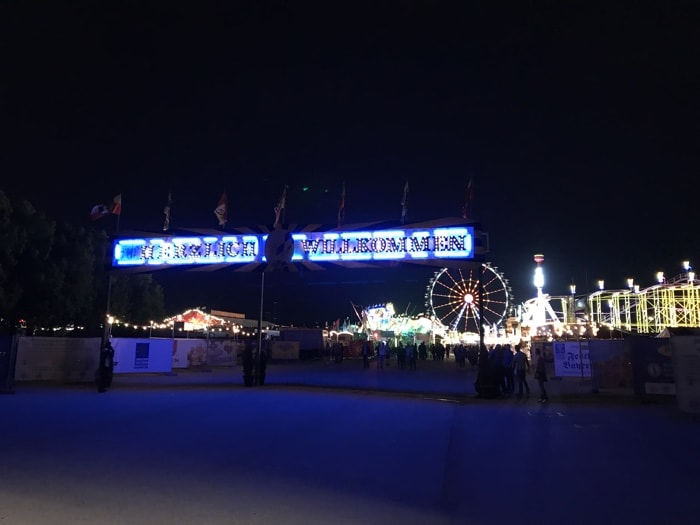 Today is the main event. Let’s start strongly with a bite at The Victorian House, one of Munich’s best breakfast spots.

A somewhat lazy afternoon follows with time spent at a tea house due to the rainy and windy weather. A quick stop at Augustiner Restaurant is the best to eat and have one beer before going to the show. Their service is fast and flawless and the food is tasty. 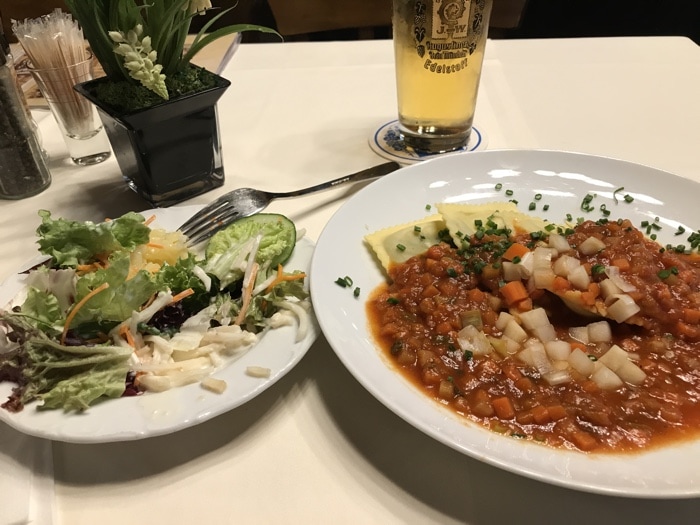 The highlight of the day is as expected: attending a Cellar Darling concert. For those who are unfamiliar, the band is a “spin off” of folk metal band Eluveitie. Three members decided to leave and form their own band. Their music is a mix of hard rock, metal and folk music. The folk element comes in the form of Anna Murphy’s hurdy gurdy, and even some flute.

The “darlings” were in excellent shape. The Backstage venue is an amazing one because the music stage is incredibly small. Due to the fact that the band is a “startup” due to release its first album in a few weeks, most of its fans are Eluveitie fans who are keen to follow the three artists on their new adventures.

The result is a very intimate concert. You see the musicians walking around and doing stuff to get prepared before the show. All the fans get to talk to them, ask a few questions and get some autographs after the show. It took the security guy to say “we have to close, time’s up!” several times for it to end.