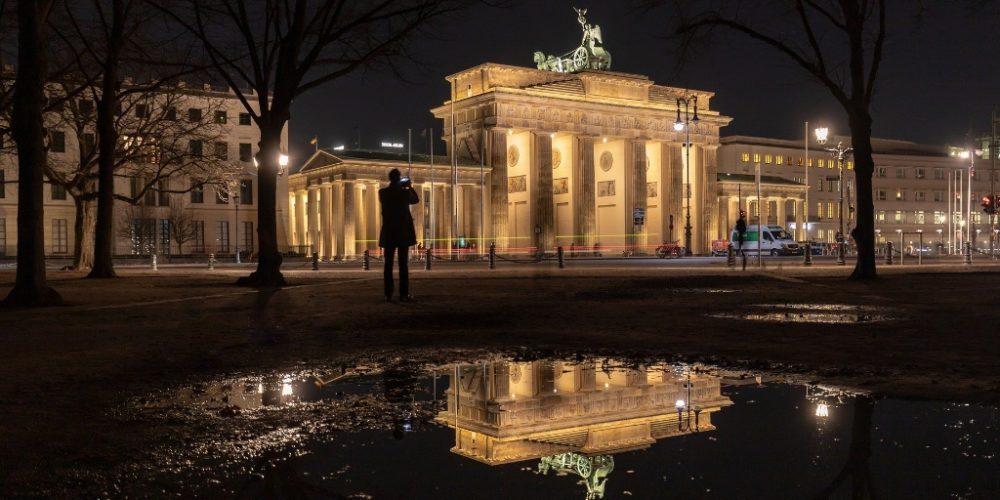 Is Berlin, Germany, the capital of a country where “Nazism perfectly exists” and where people willingly obey authoritarianism while deeply disliking foreigners? You may be inclined to believe it if you listen to Chinese artist and refugee Ai Weiwei, who recently granted an interview to The Guardian.

The way Mr. Weiwei describes the country and its capital would easily lend itself to potential libel lawsuits if he were to treat an individual the same way. As a foreigner living on Teutonic soil, I wish to offer a dissenting opinion about a nation that is far more complex.

Let’s remind ourselves about the risks of using a broad brush to paint the picture of a country based on anecdotal and fragmentary experiences such as taxi rides. The Berlin I know is one where many people you meet in public spaces can be brash.

As there’s a word for everything in the local language, you shouldn’t be surprised to know that such brusque and direct ways form part of the Berlin Schnauze. Some residents are openly proud of their attitude. It’s not unlike being told off by a London bus driver, although there are wider cultural implications than I can describe here.

Putting this aside, freshly landed immigrants are normally in for a different German experience than the one described by Mr. Weiwei in the interview. Speak English in the street, in shops and at restaurants and you are most likely to receive an answer in that language. If you try your broken German, don’t be surprised if your counterpart switches to English; the same dynamic I have observed in the Netherlands and Scandinavia.

How far-reaching is the trend? As reported by The Guardian itself in 2017, some Berlin restaurants don’t even offer a German menu to their patrons. Local customers and members of parliament were reasonably baffled, as they are entitled to being served in their own language in their own country. English being a common option is great, but German has to be there.

This reality doesn’t spare a newcomer the task of acquiring skills. You will often be required to speak the official language of any host country, either because it’s necessary for administrative purposes or because you are dealing with people whose job doesn’t demand being polyglot. The nearby bakery and a multinational employer constitute separate environments. Government offices stand out as the most obvious locations where you are expected to make an effort.

Growing your command of a language to function as a resident is a natural condition to live in a country, even as an immigrant or refugee. It’s a clause in the social contract. The broad use of English in Berlin is a bonus that rural villages won’t offer. What Mr. Weiwei says in the interview suggests that he didn’t try hard to speak with a Germanic tongue.

The answers the artist provides on other topics are filled with further extrapolations and stereotypes. One of them regards the AfD party’s entry in federal parliament with 12.6% of the vote in 2017.

Does it mean that Nazism is on the rise? It’s not that simple, and we have to understand what may fuel that vote.

According to the Preventing Violent Extremism discussion paper published by the United Nations Development Programme in 2016, political radicalisation is driven by a series of factors. They include economic and political exclusion, rejection of growing diversity and perceptions of injustice. A credible global organisation’s research speaks louder than our personal anecdotes.

Knowing this, should it be a surprise to see the disenchanted responding to populist appeals anywhere? No. Where are the disenchanted in Germany? Mostly in the former East, which provides the AfD its largest voter base. It’s no mystery that sluggish economic progress, social integration and the view of values in the East in the Federal Republic have been struggles since Germany’s reunification. They remains challenges today. What is needed is further development for the middle class to reinforce democratic stability and steer people towards moderate parties.

Overlooking such factors in a country where the populist vote isn’t as strong as in some neighbouring nations and establishing a direct link with Nazism is intellectually dishonest. Especially when you consider that the AfD doesn’t just meet nods in Deutschland. There’s resistance to it.

Are there racism and anti-foreigner sentiments in Germany? I think so. Does it mean that a negative experience with a rude taxi driver translates into a national sentiment? Hardly. Is it clear that the country’s horrendous past makes it extra important to fight back? Obviously.

Human beings require education to adopt and advocate social tolerance. It’s a never-ending challenge that this country seems to take seriously. There are, and will always be, rude and provincial inhabitants worldwide. Singling out Germany wrongly frames the narrative.

Germany itself is on the road to further diversity. The statistics office has established that the country’s population grew only due to net positive migration in 2018, as the “traditional ethnic German” demographic is ageing.

The necessary integration will bring challenges. Some of them are reserved to newcomers, who must make an effort to learn a new language and resist defining a nation based on encountering gruff taxi drivers.

As for any foreigner who lives in Deutschland, I have my gripes. However, taking a few negative personal anecdotes and reducing the present-day version of a country to the darkest hour in its history is a shortcut to falsehood.

Germany is a complex beast in 2020. It has baggage from the 20th century, but it’s also the land that has legalised a third gender, gay marriage and recently opened the door to more than a million refugees. If you are to depict it, do so exhaustively, not in an overly simplified manner.

I am an experienced communicator who worked in journalism for 15 years at La Presse, the TVA Group and Le Journal de Montréal. I spent a year at the United Nations in Germany and now am an internal communications editor at Deutsche Post DHL. I founded the Bayern Central blog in 2011 and ran it for seven years. Cyclist, beer and coffee snob.