Hitting the road at last! Call me a precious diva if you will, but not having gone anywhere since checking out Bruce Dickinson’s speaking tour in early March has felt like an eternity. On the menu this time: Poland by bike.

Well, a small chunk of Poland alongside the Baltic Sea Coast since that country is massive. It would take a year to do a proper bike tour of this wonderful and underrated country.

I’ll spare you the train reservation squabbles to say that I started from Bonn and ended up in Hamburg as a first stop. A perfect place to drop by for one night, have a couple of warmup rides after a couple of weeks of inactivity, before boarding a further train for Poland itself.

Those who know me well are aware that I bought an excellent trekking bike a couple of years ago. It’s good for commuting and long distances although it looks like a mountain bike. Perfect for travel with more firepower than a touring bike. 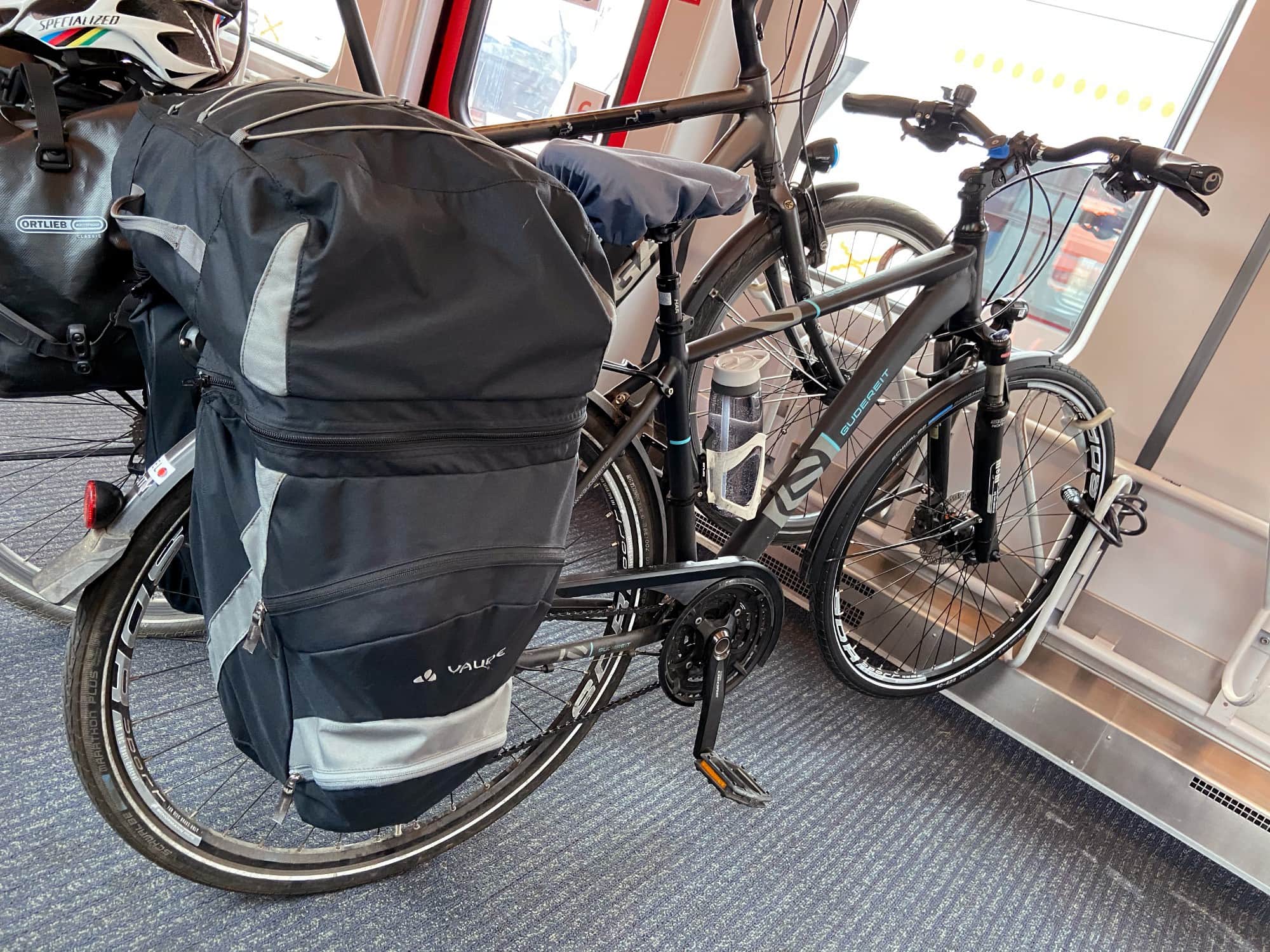 Hamburg, I love you

Anyone who has seen Hamburg will say that it’s a lovely city with a rich history. Who can complain about the beautiful waterscapes that defined the Hanseatic trading hub?

I had a couple of fast-paced rides around the Aussenhalster and Binnenhalster, two big artificial lakes that are the soul of Hamburg.

The Aussenhalster is the bigger of the two lakes and it makes for a formidable fast ride due to the cycleways that surround it. 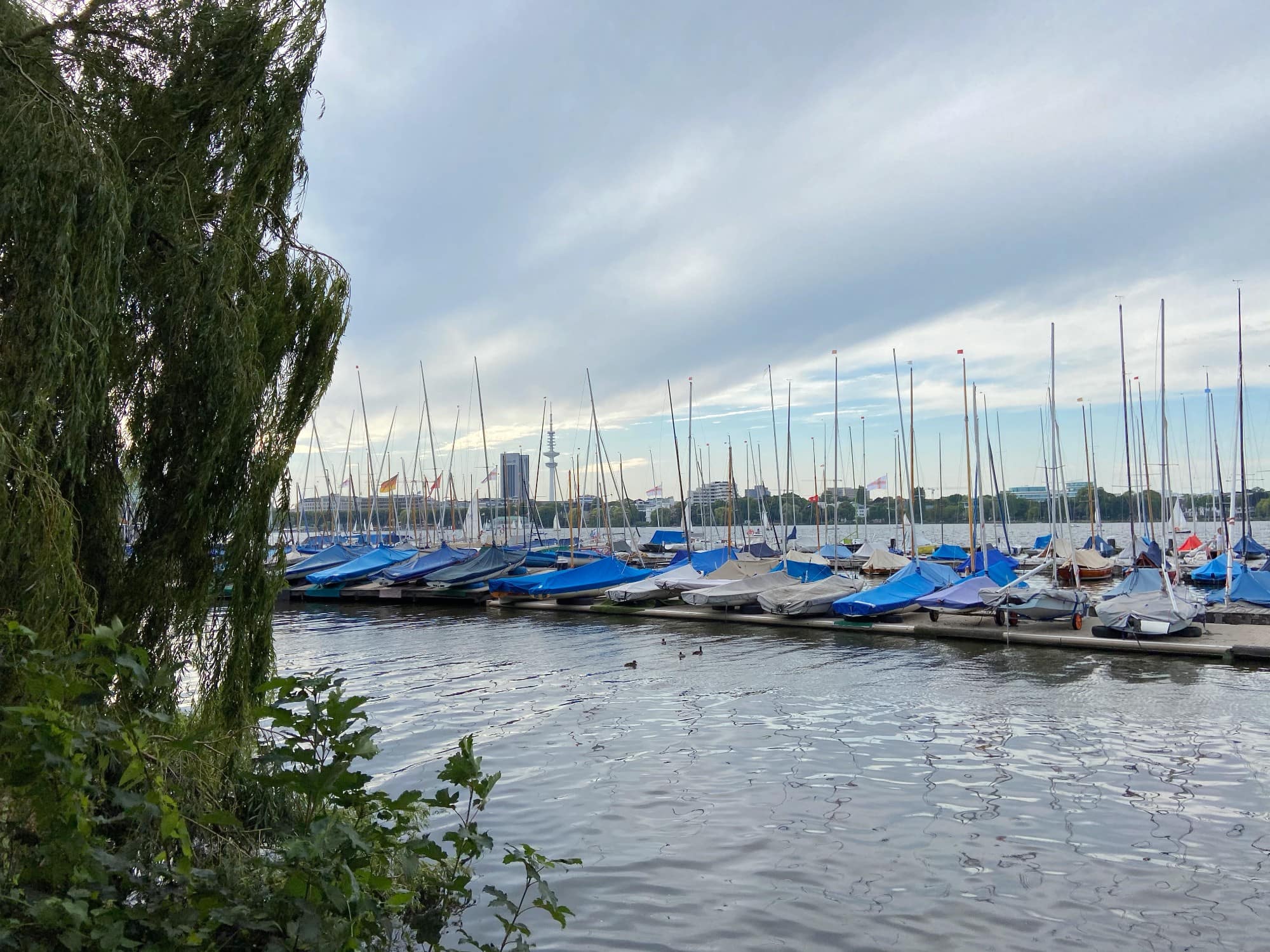 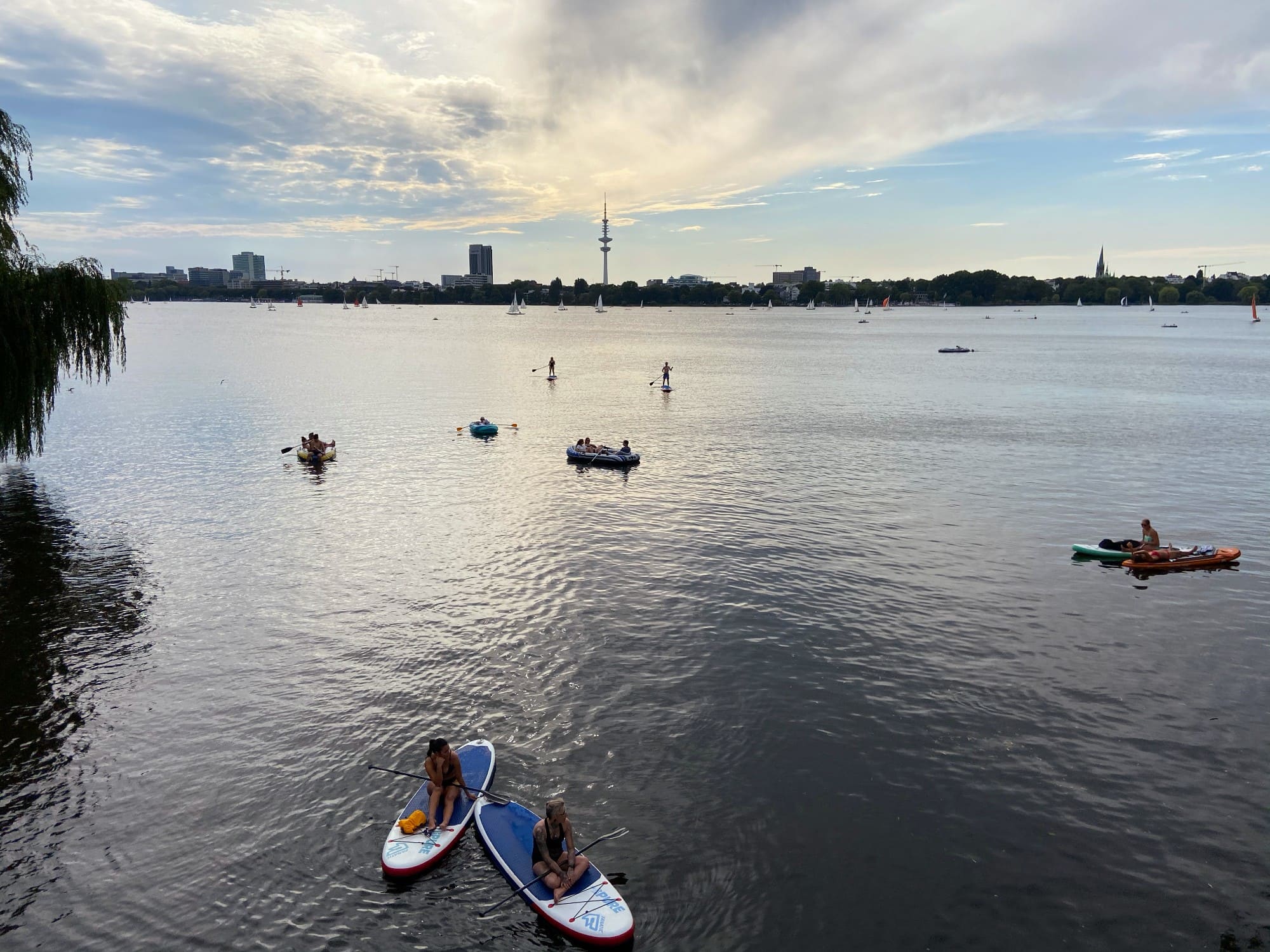 The Binnenalster is not very challenging. Done in less than 20 minutes. Still, it gives you lovely views. 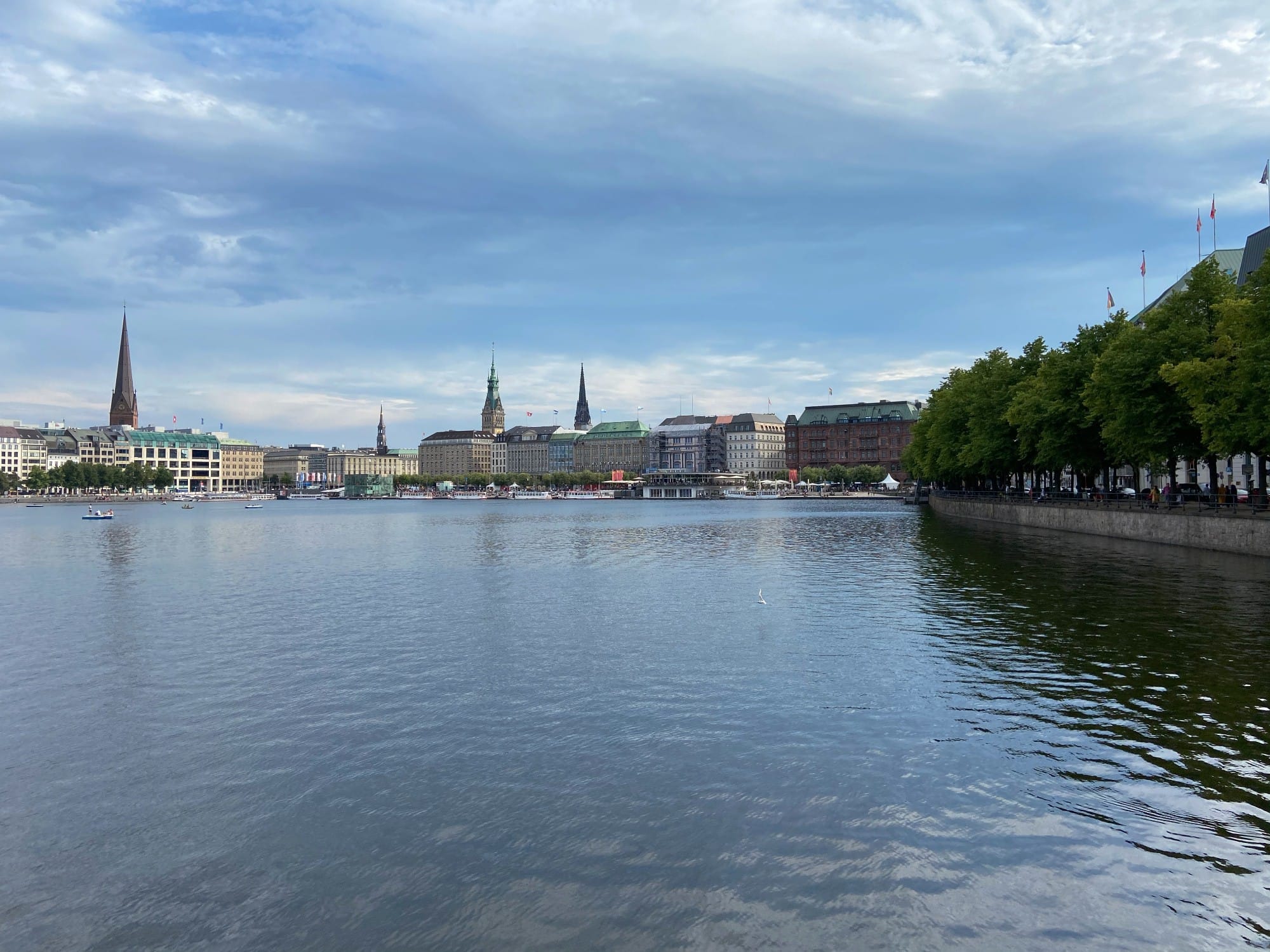 Hamburg may not be known for gastronomy, but if you know where to go, you can still find a relatively cheap dinner that any foodie can appreciate. This baked potato with mushrooms did a fine job on the night. 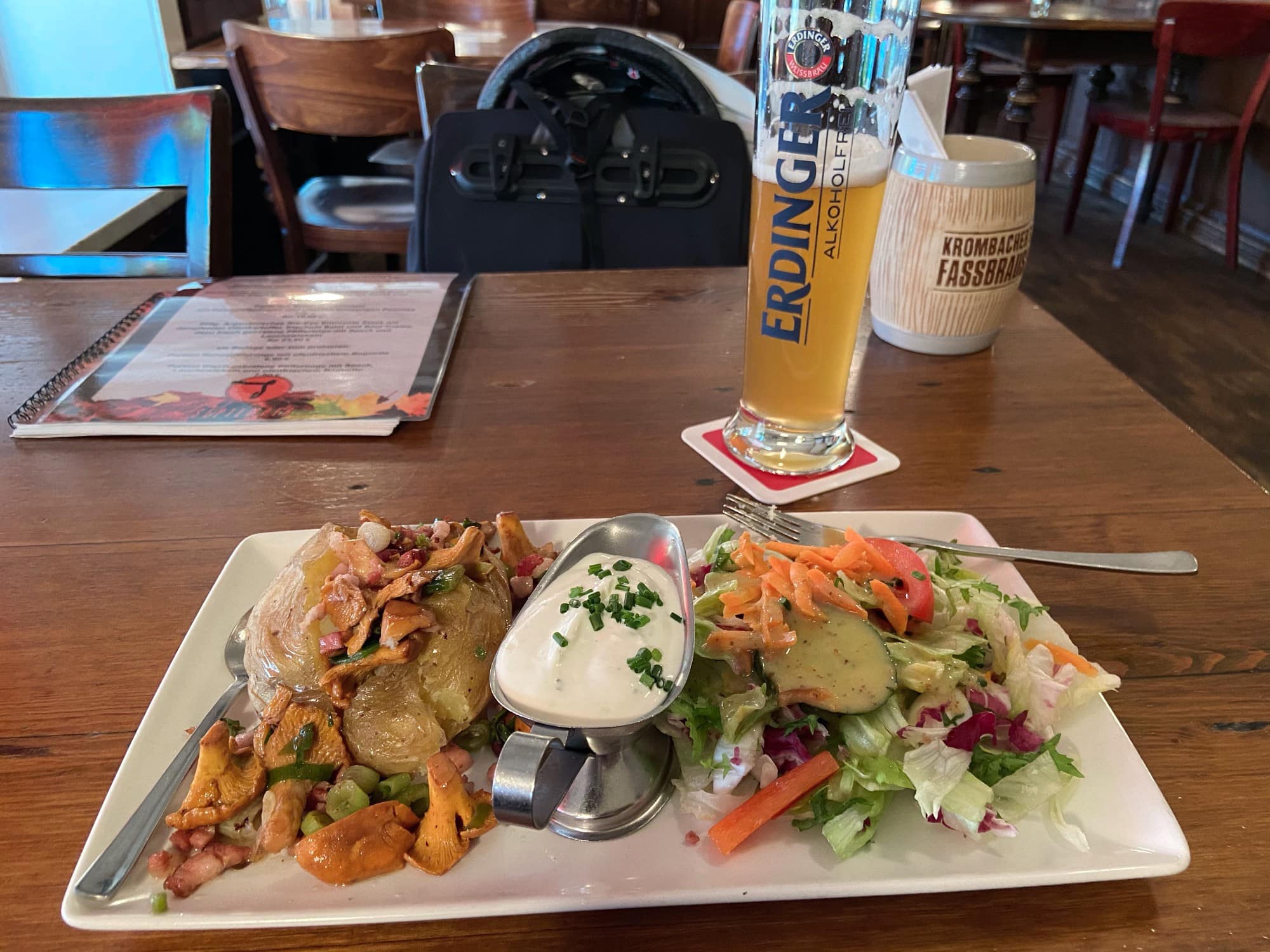 I’m also a beer lover. I headed to the St. Pauli district, where nightlife is king and queen, and where you find some of the finest breweries in town.

I selected the Astra brewery, one that makes some of the most famous beers in the North of Germany. Although its traditional brew was fine, the India Pale Ale stole the show with hoppy bitterness and complexity. Yum! 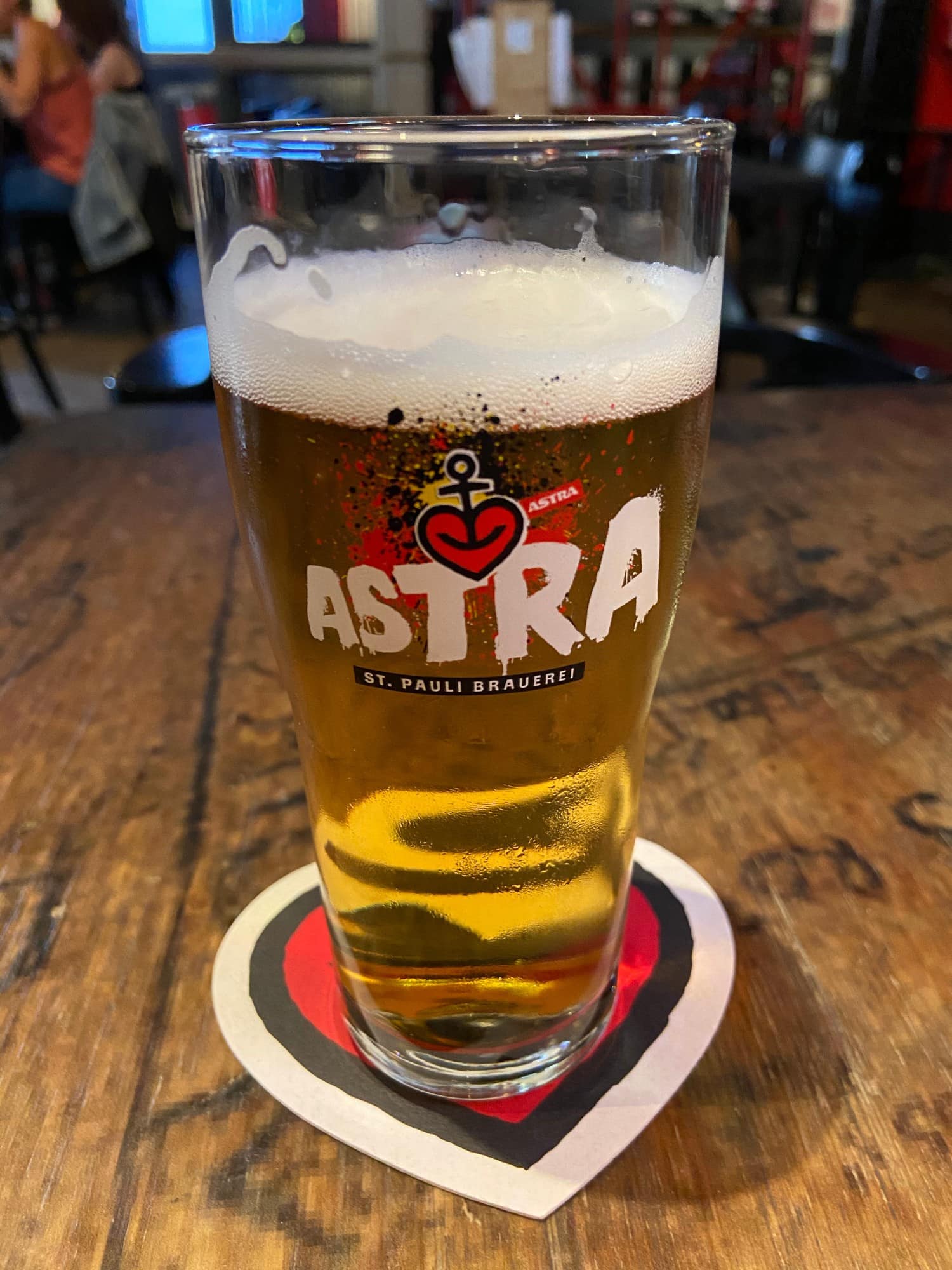 That was the appetizer. Now, Poland isn’t exactly the most prized international destination among tourists who want to impress their friends by saying that they saw medieval Prague or filthy Istanbul. However, Polska kicks butt for a reasonable price if you know where to go.

Poland offers plenty of beauty and nature, friendly and helpful people mostly without the crowds of the more famous destinations. Just the kind of place I like to visit.

A train ride took me to Swinoujscie, right past the German frontier. Not much to see in that family-friendly resort, where people go to swim and surf in a very touristy setting.

Let’s settle for viewing the amazing fish dinner I found on the commercial strip, in a less frequented but high-quality restaurant. The Poles know their food; at least more than you can imagine. The Bosman beer was also an impressive Pilsner-inspired brew due to its spicy flavour. 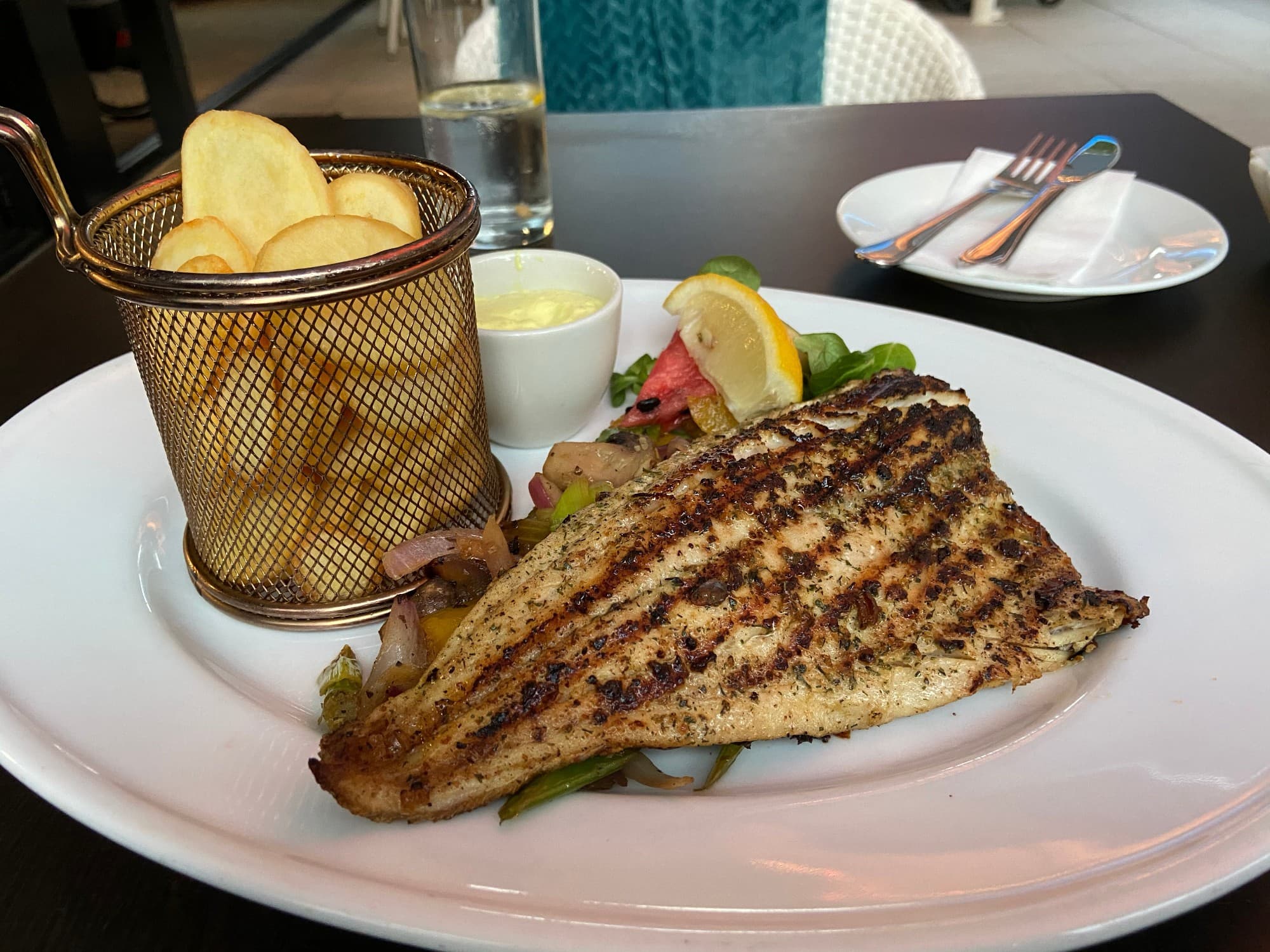 I was finally able to get the legs going on the next day, leaving Swinoujscie for Kamien Pomorski. I rode for approximately 80 kilometers, including some local back and forth at the destination.

The highlight of that day could have been a national park but the sightseeing there was underwhelming. It was rather a stop at Molo w Miedzyzdrojach, a lesser known but splendid seaside highlight. I read that the last emperor of Germany, Wilhelm II, liked to spend time there. I can imagine why. 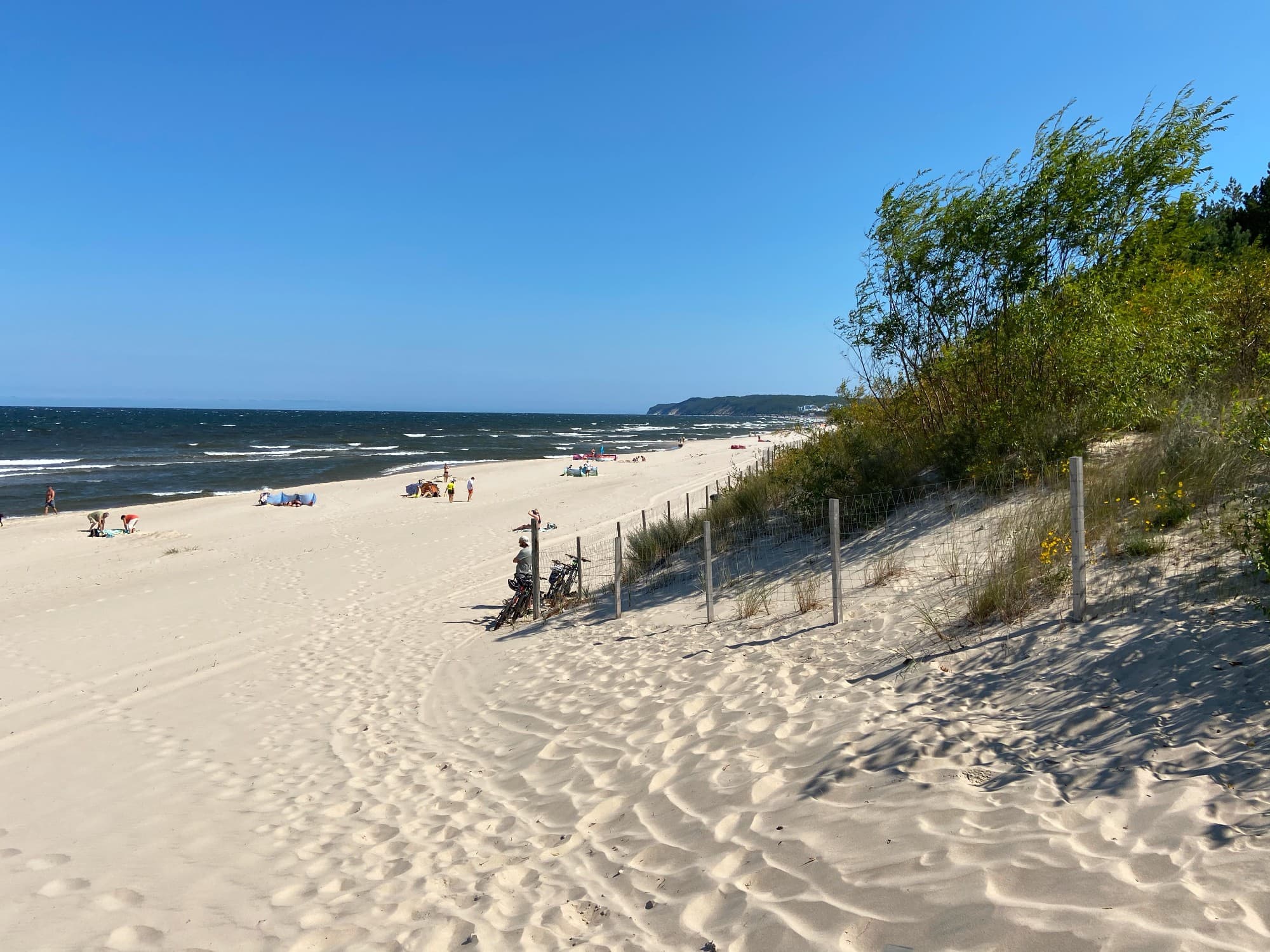 As you can imagine, 80 kilometers of cycling takes its toll on you on the first “real” day of travel. I arrived totally spent at the destination, where a full apartment was waiting for me near the town. I snapped a quick view of the lake nearby before “taking leave” and getting ready for the next day. 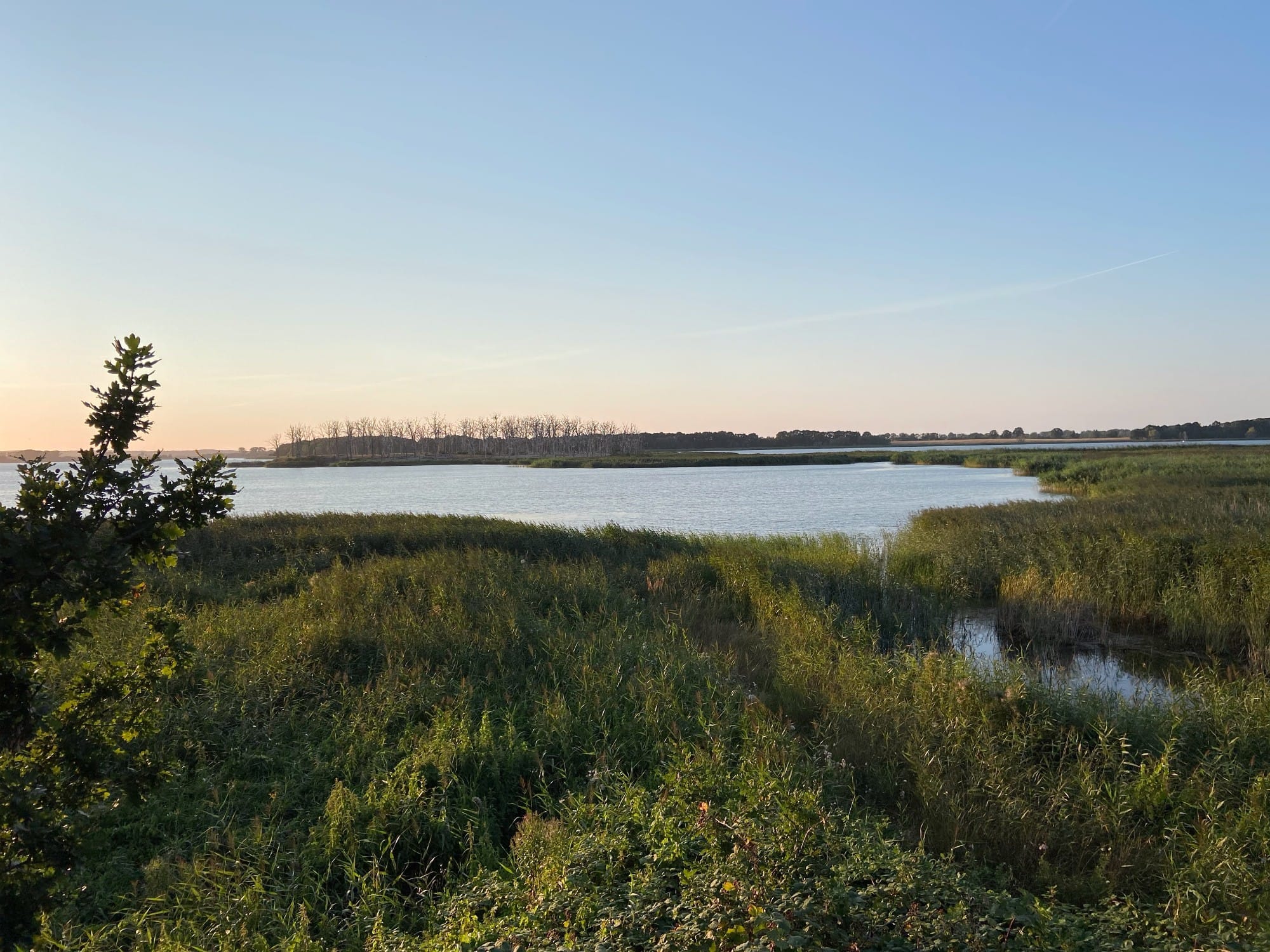 A quick stop at a grocery store revealed how different the Polish palate. A glance at the alcohol-free beer section showed me cucumber-flavoured beer. I may like this country, but I must file complete disapproval for this one. Sorry. 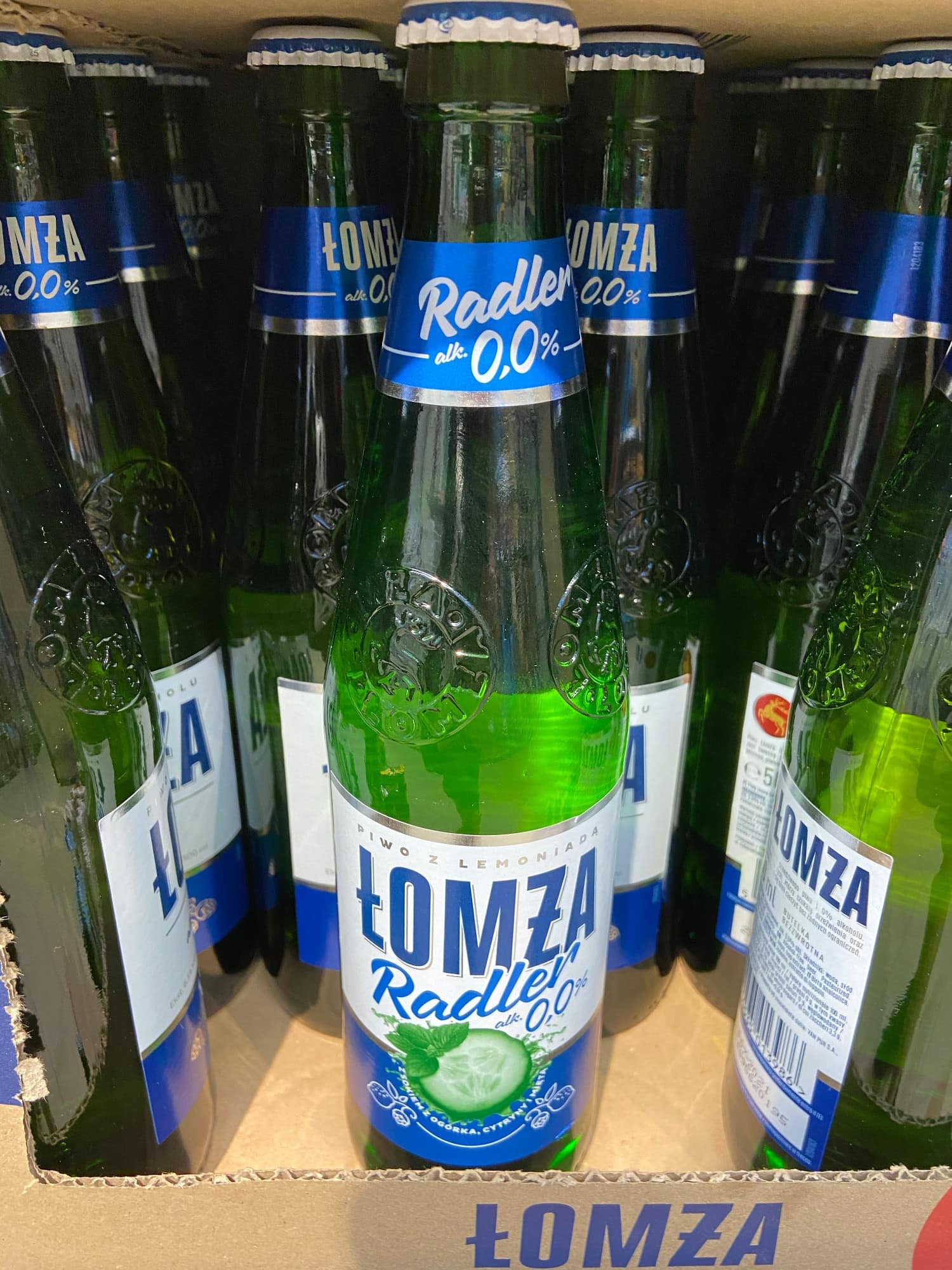