Are you ready for the real show? Buckle up and put a helmet on because it’s a fantastic ride in Gdynia, Sopot and Gdansk to put the final touch to this Polish cycling trip.

I jump on the bike in Lebork, my starting point, and ride for 64 kilometres under the sun before reaching Gdynia, a coastal resort that the Poles started putting together after the First World War. Deprived of Gdansk, made a free city, they worked on a replacement.

The result is a large-scale port and marina city that is hugely popular among Polish summer vacation visitors. You can easily see why when you arrive.

It also gets interesting for someone like me. Going from the North West to the North East has forced me to switch from speaking German to English. While Polish regions near Germany have their influx of local tourism, others simply use English as a second language and expect non-Poles to do the same. 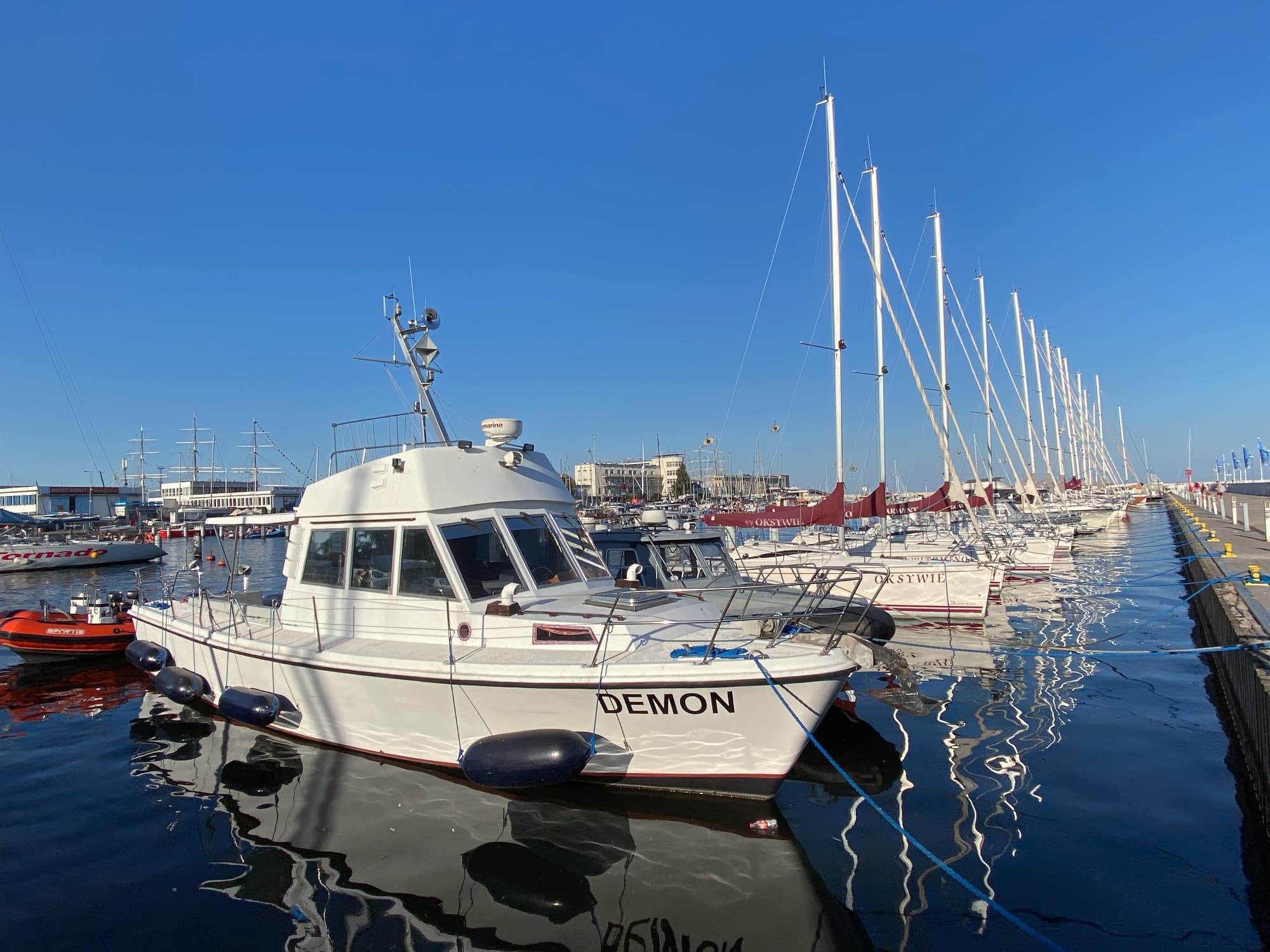 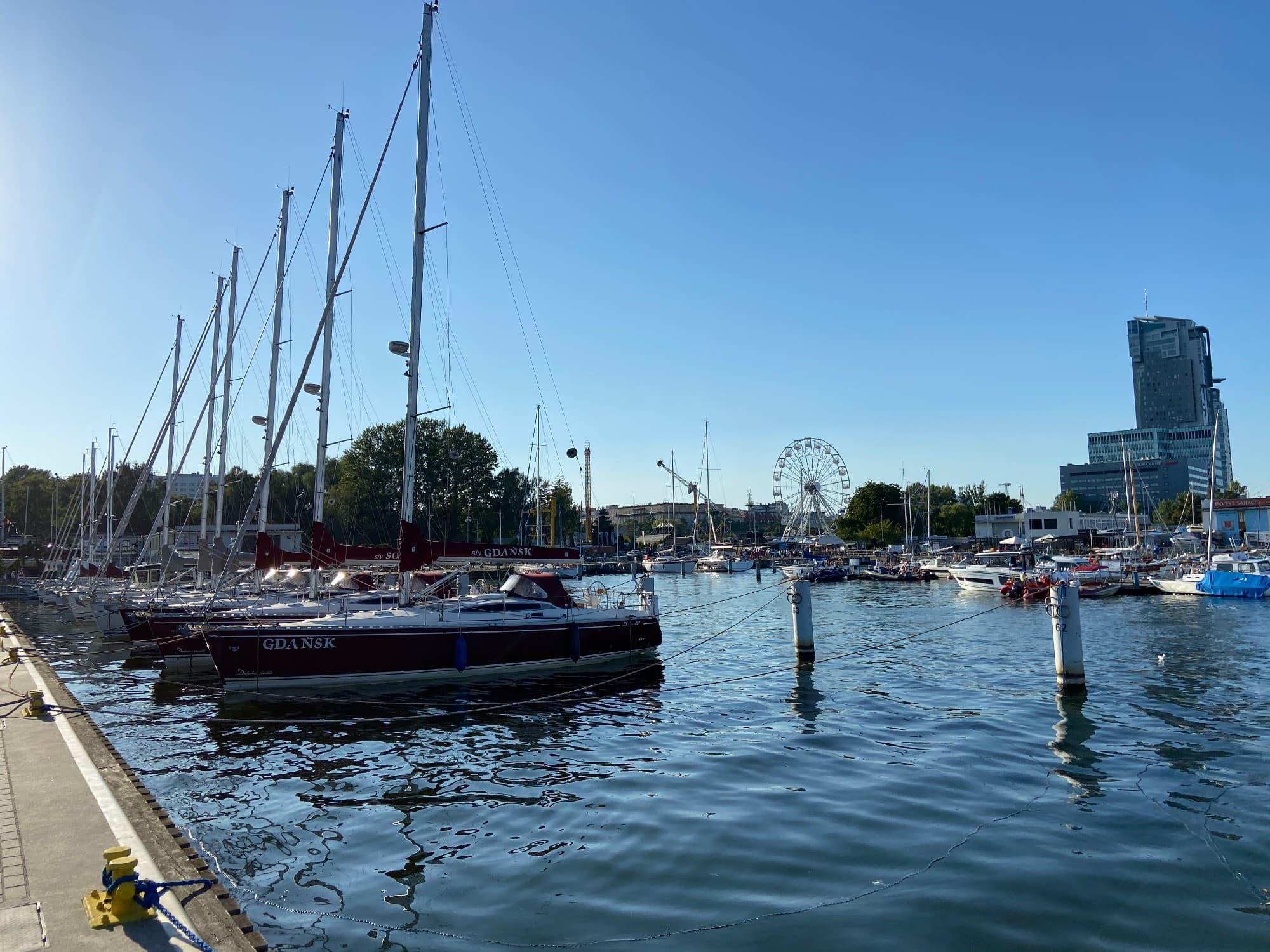 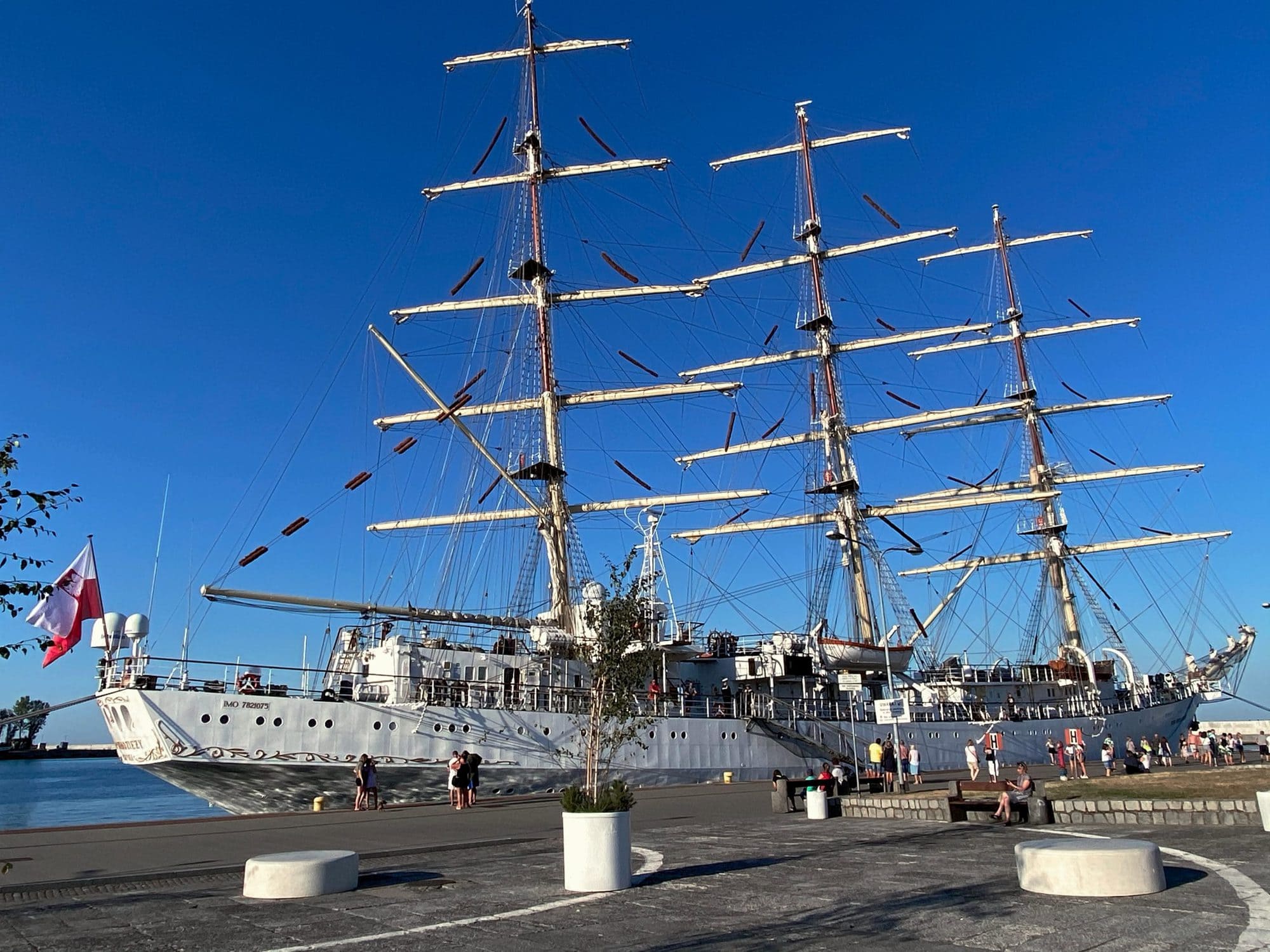 By now, I am developing an addiction to Polish dumplings. This time, I sample the salmon and spinach variety with millet. Quite good, although the spicy ones from the other day will be unbeatable. 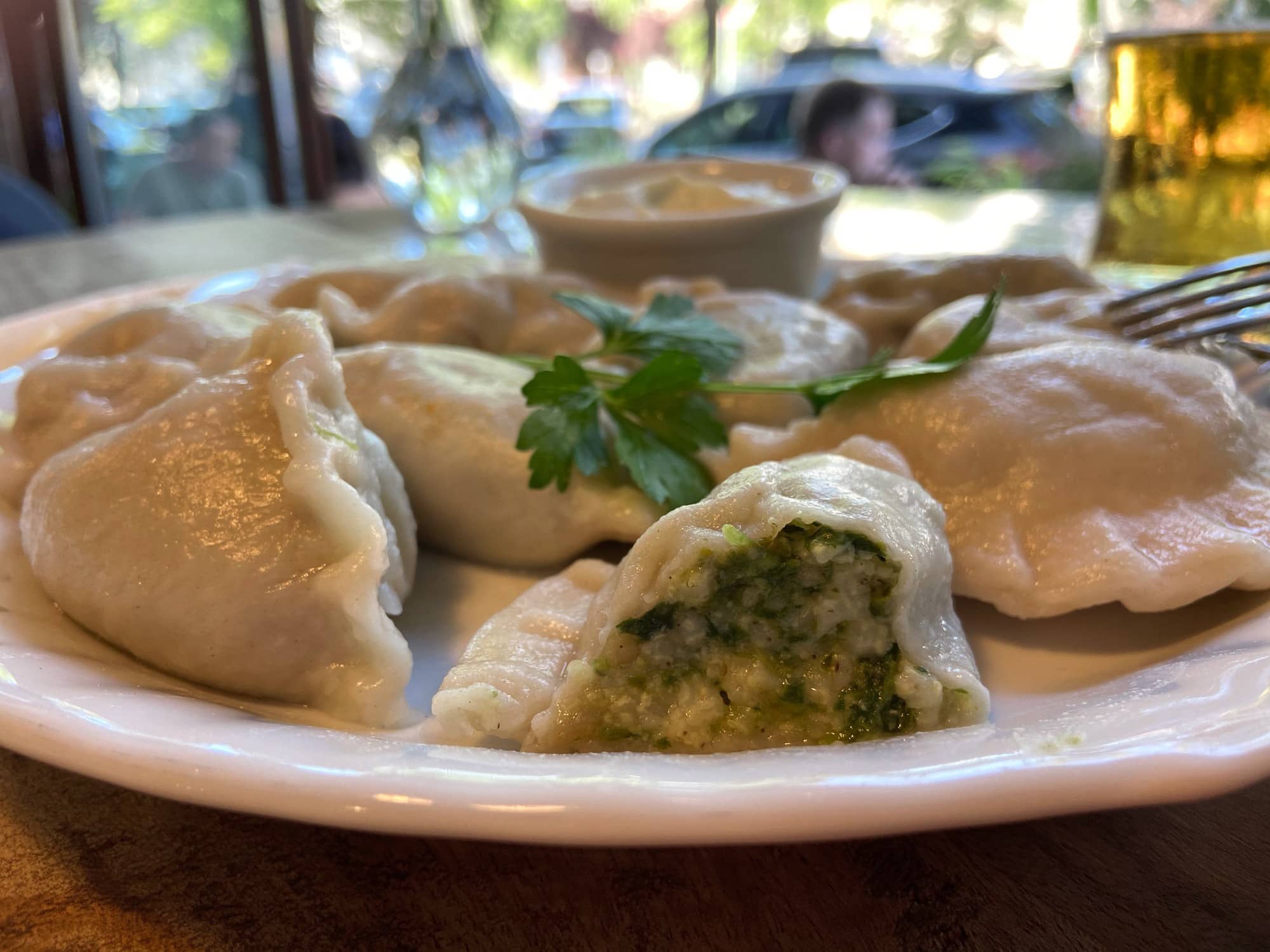 If you think that any of the above is great, beware of what’s coming. The photos only get better.

The sun shines strongly once again on the weekend as I do half of my final lap to reach Sopot, firmly anchored between Gdynia and Gdansk. An easy ride since the cycleways are Eurovelo certified for smooth rolling, with the wind at my back.

Sopot is crowded when I arrive. There isn’t much to see in the city itself, but the beach, the pier and marina more than make up for it. Brilliance in blistering heat, and I don’t doubt that those who stay in hotels pay the price for this beauty. 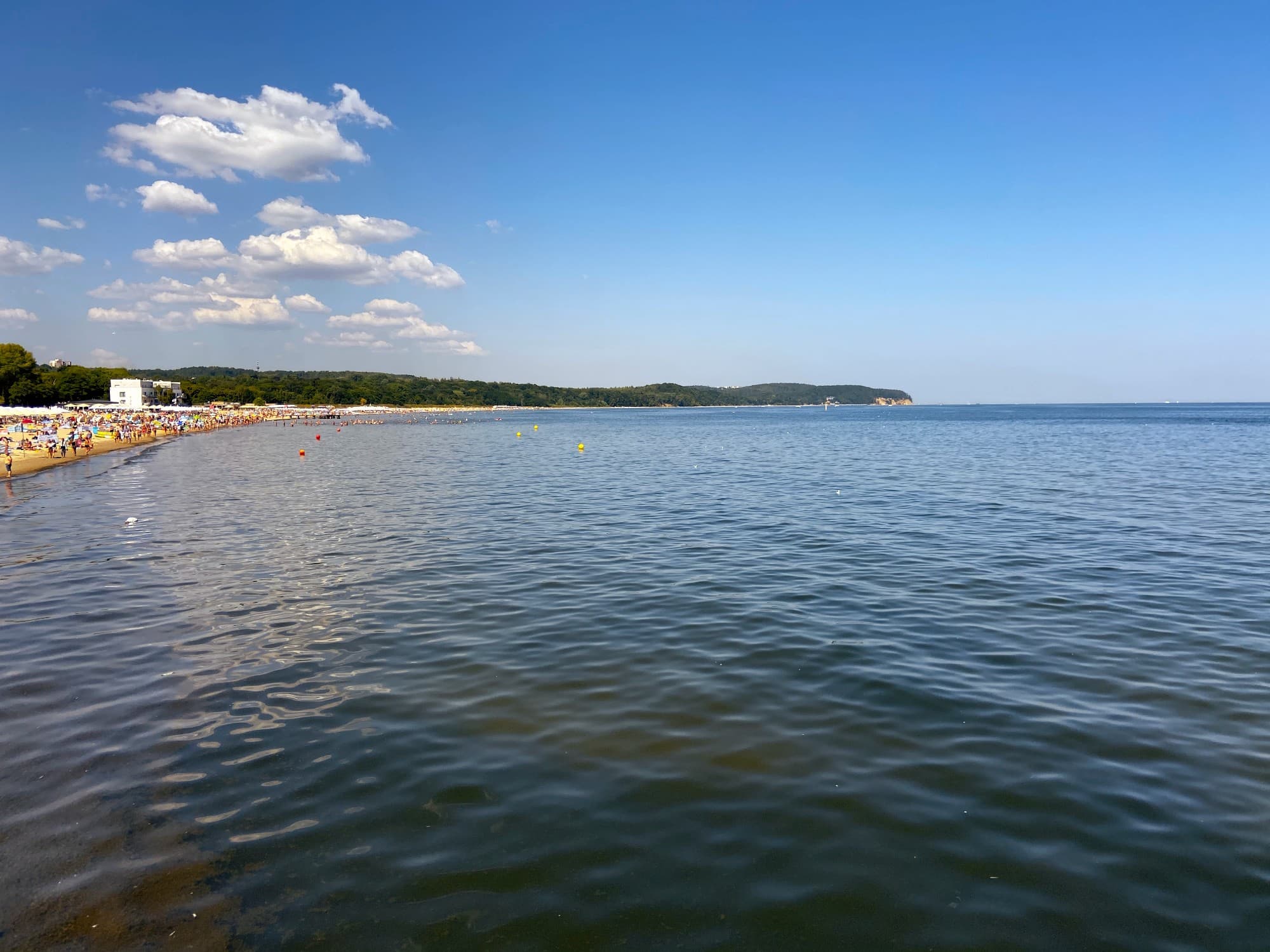 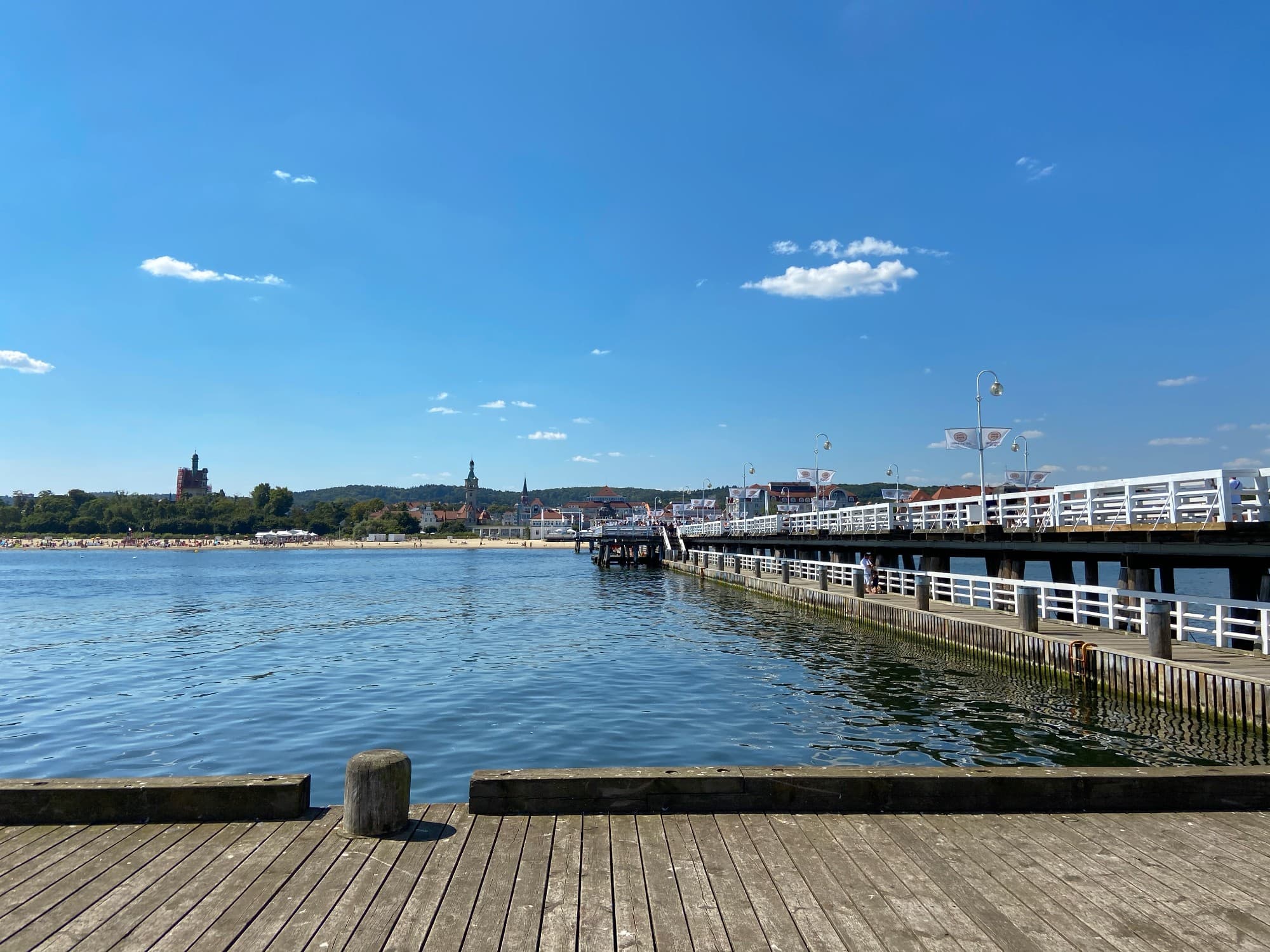 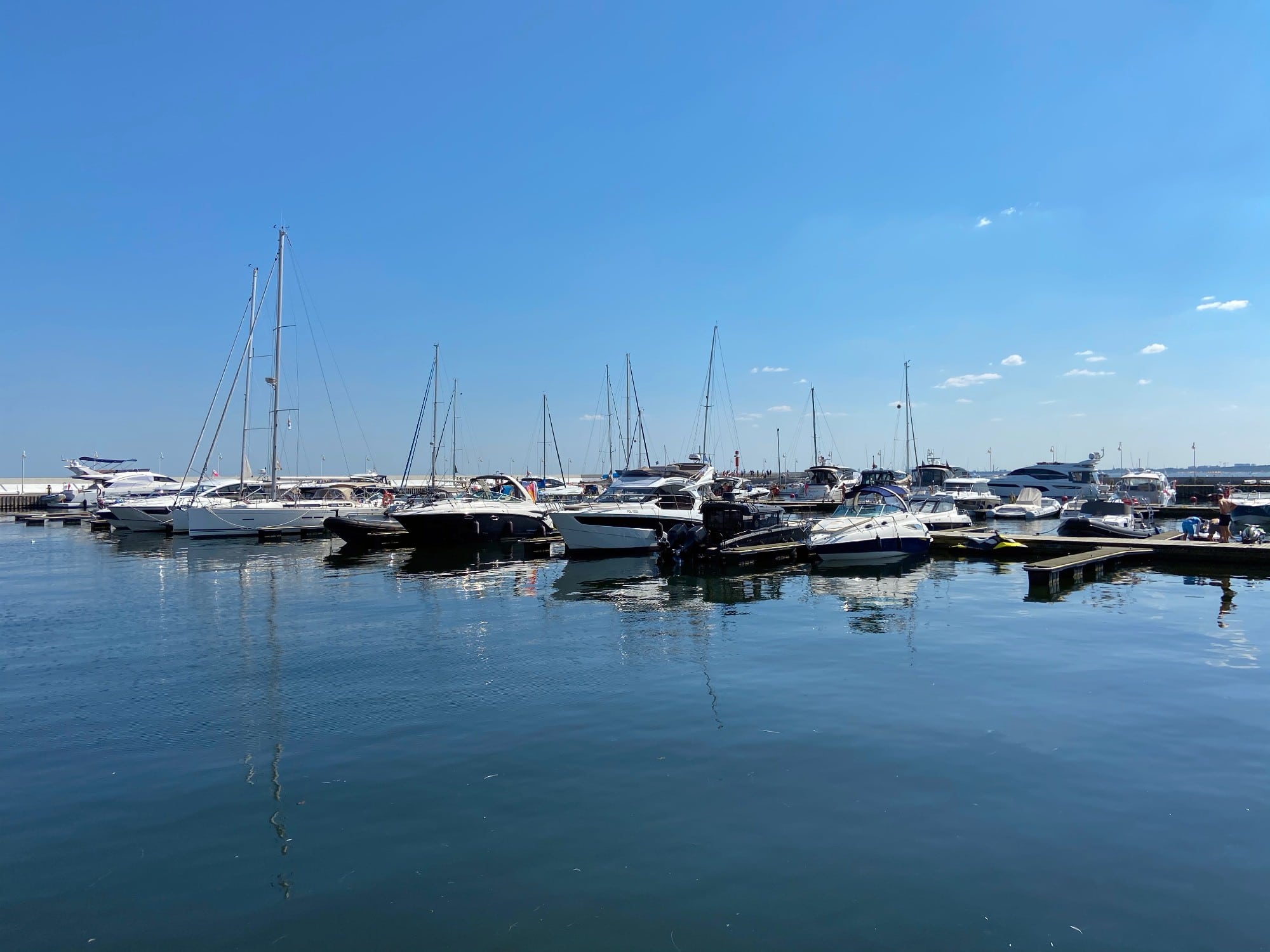 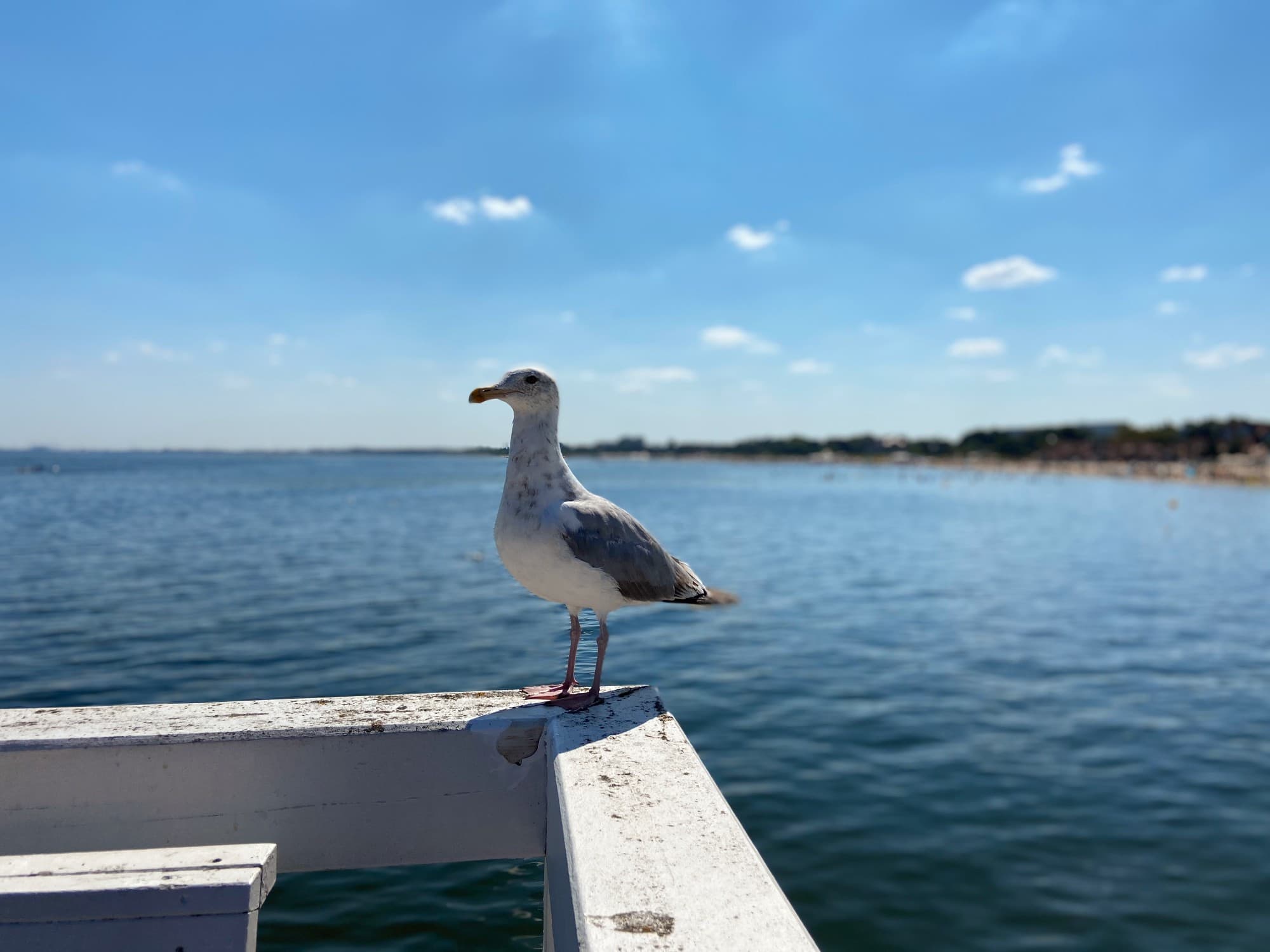 In my book, however, the grande finale of this trip is the hanseatic powerhouse of Gdansk. The historically controversial status of this formerly German-dominated city was used as the official reason for the beginning of World War II.

Today, Gdansk is clearly Polish and it has rebuilt its most important attractions. It’s my second visit and I totally relish it.

What a feast for the eyes. The old town’s buildings are often made of red brick, a mainstay in port cities of northern Europe. One of the best places for a stroll, far away from the tacky resorts that I saw early in the trip. 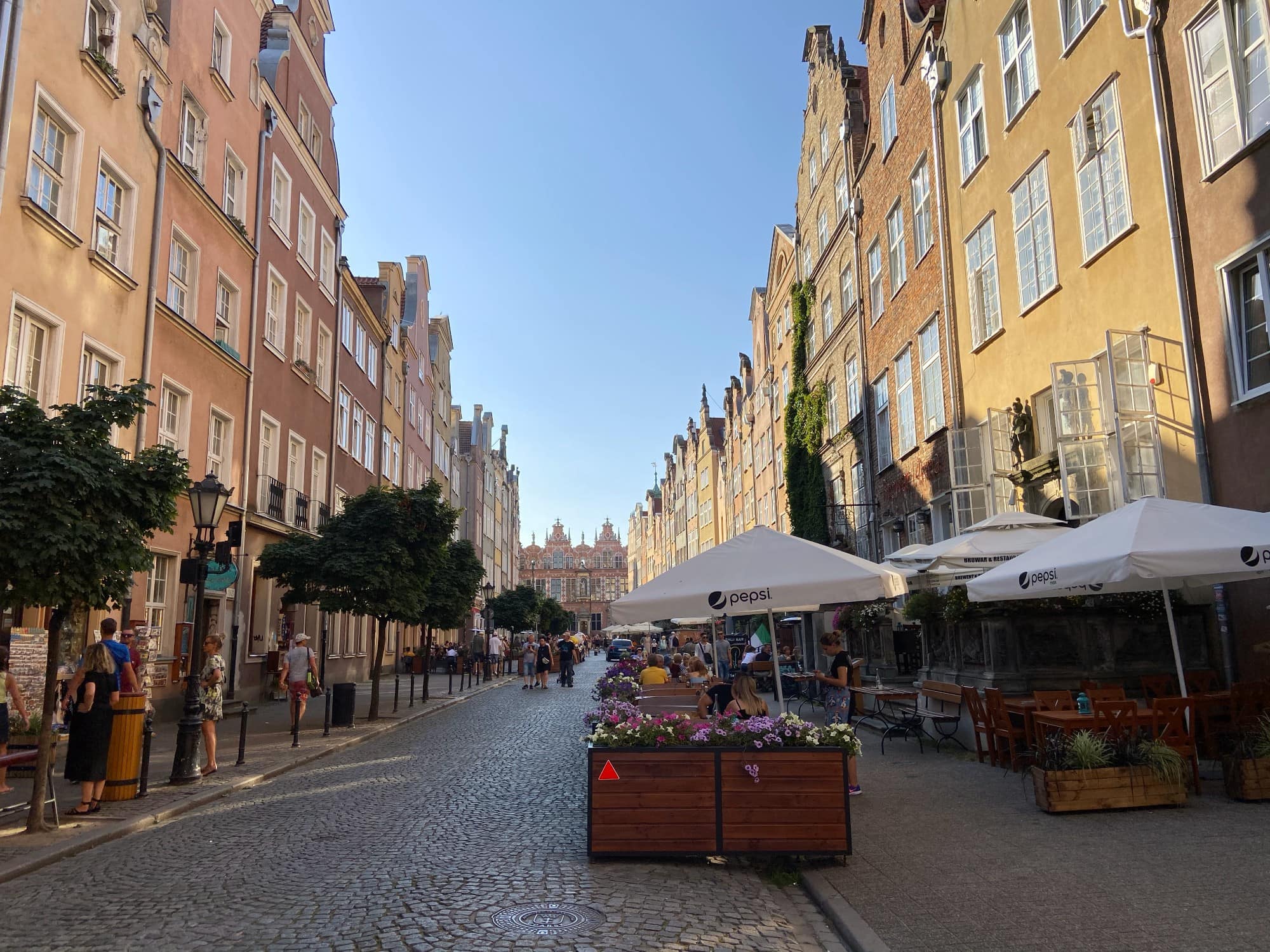 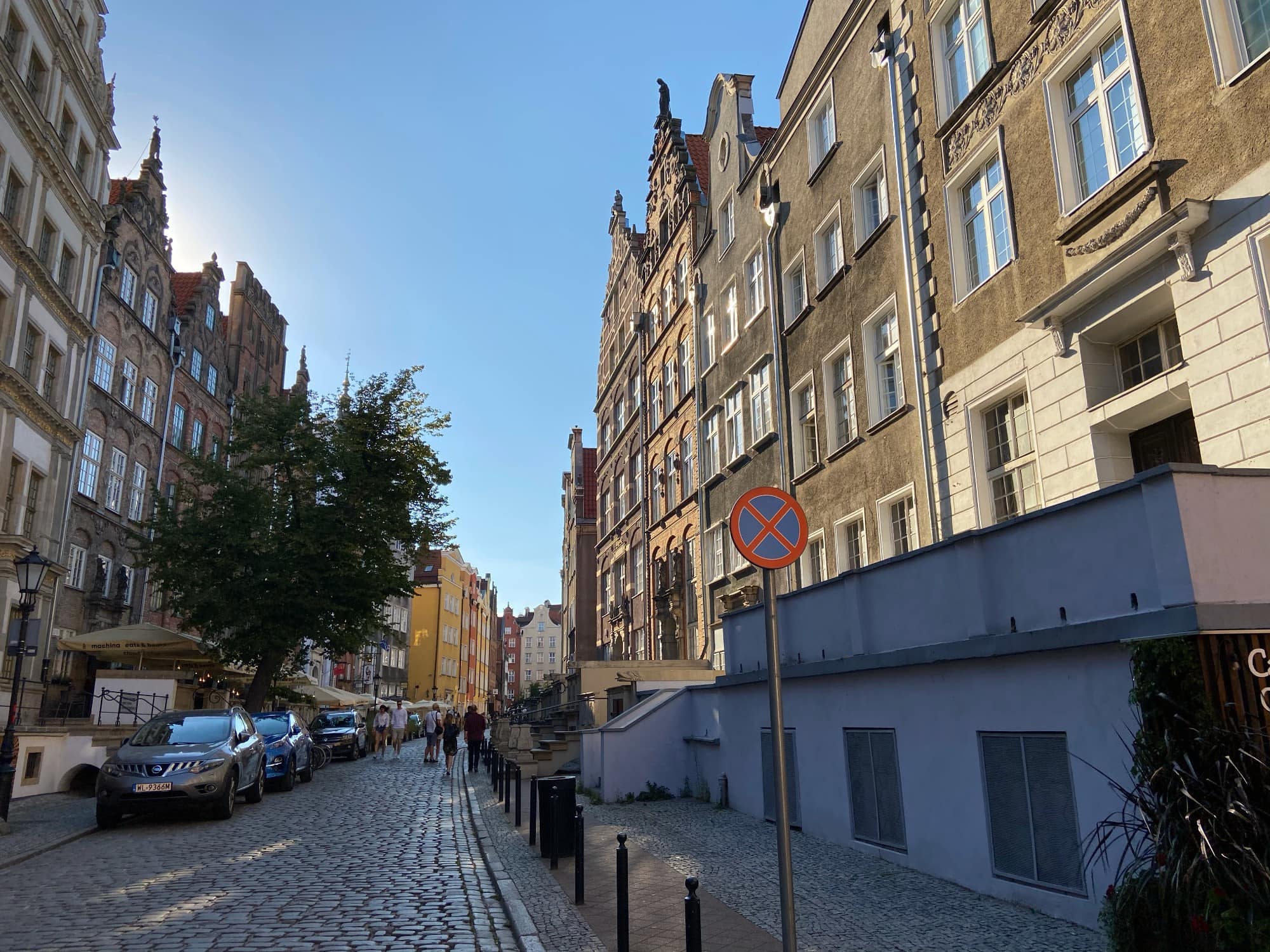 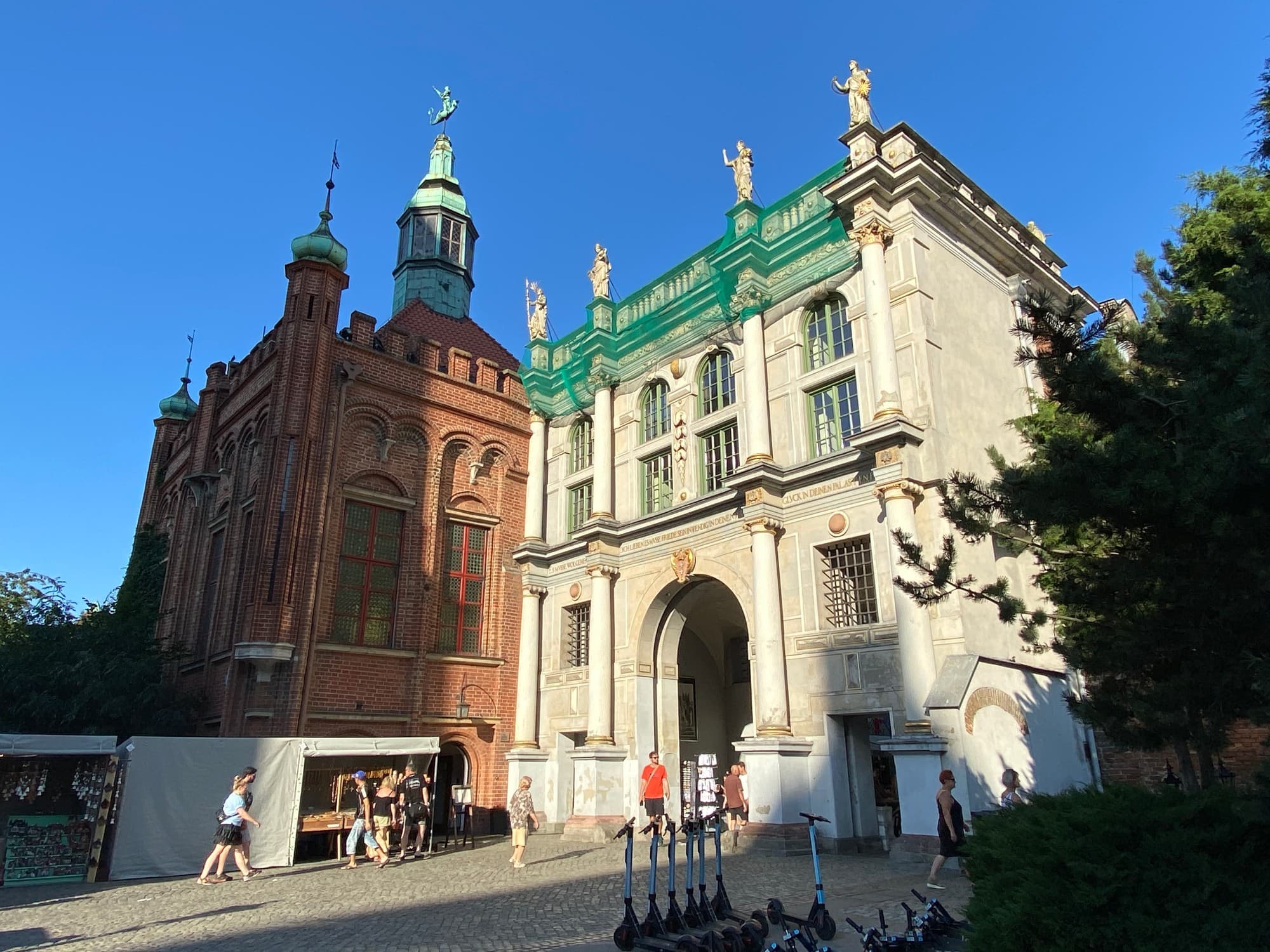 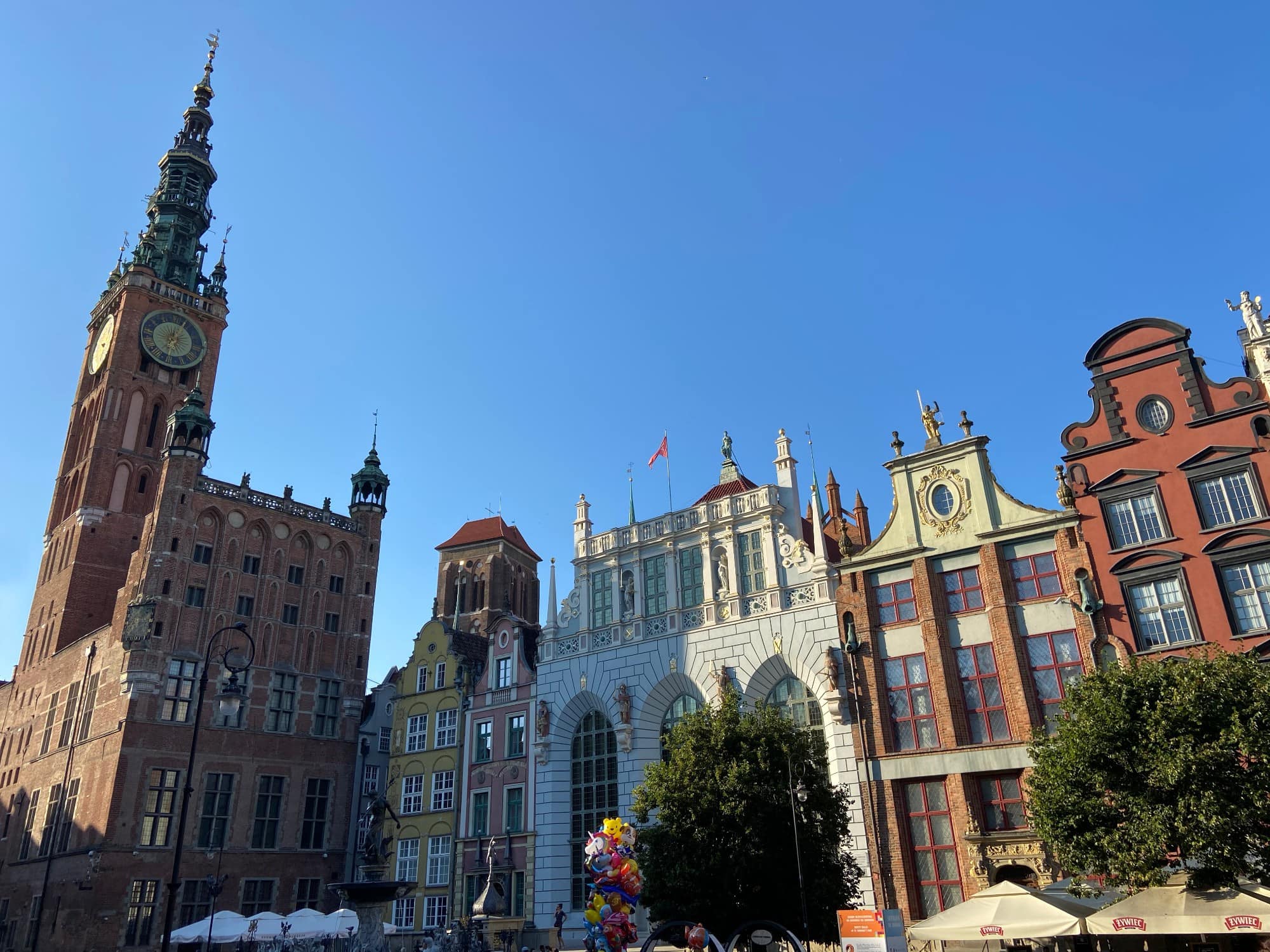 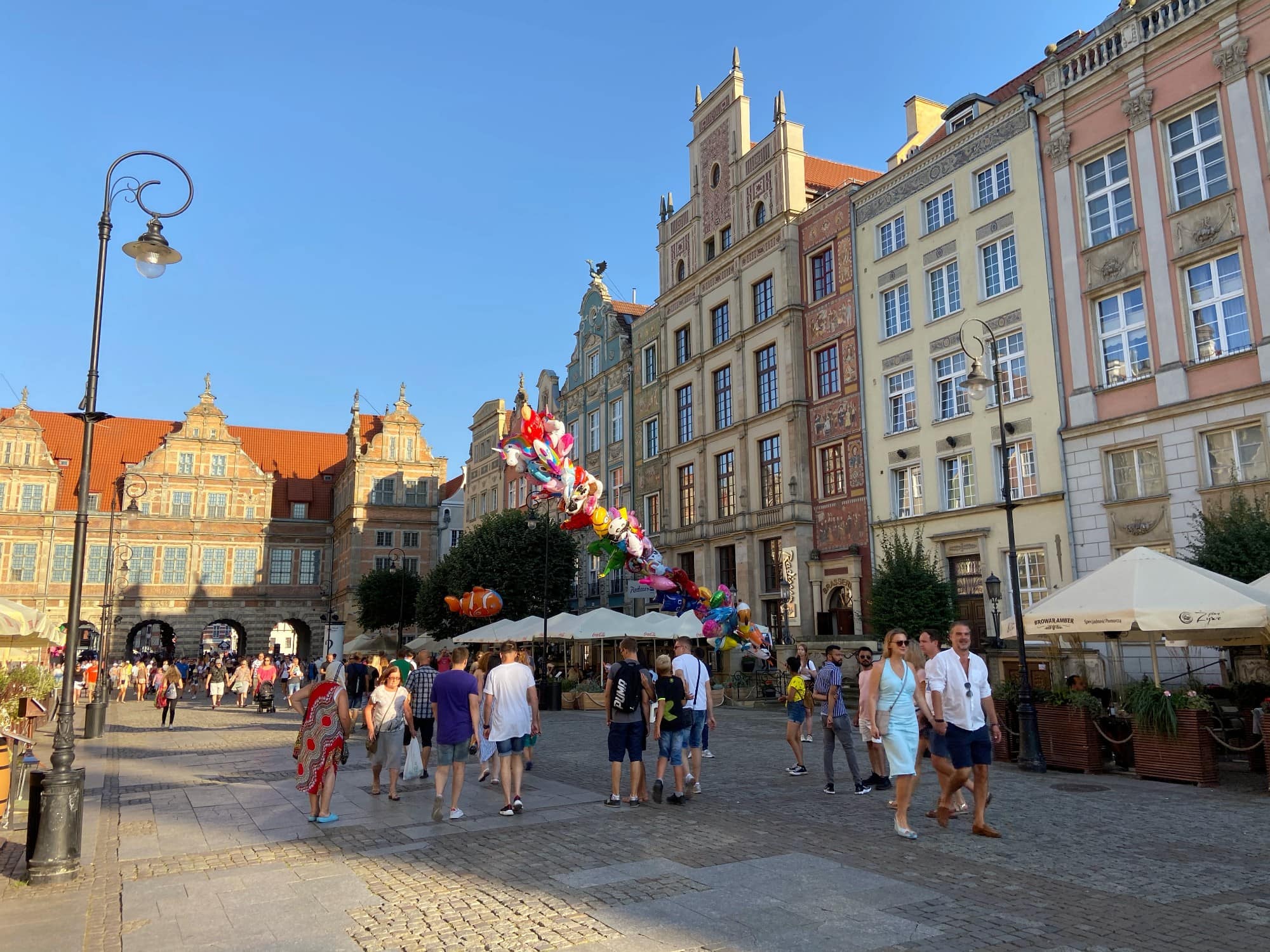 The harbour is easily accessible on foot, and what a sight it is! Gdansk takes Hamburg to school and back with the elegant, harmonious and complementary designs of its cityscapes.

I’m there just in time as a beautiful (albeit touristic) boat approaches for a great view from the bridge. Polish with a German heritage, Gdansk never ceases to impress. Due to its popularity, there are overpriced food stalls, tacky souvenir stands and balloon vendors in some streets but at least it’s not overwhelming as in seaside resorts. 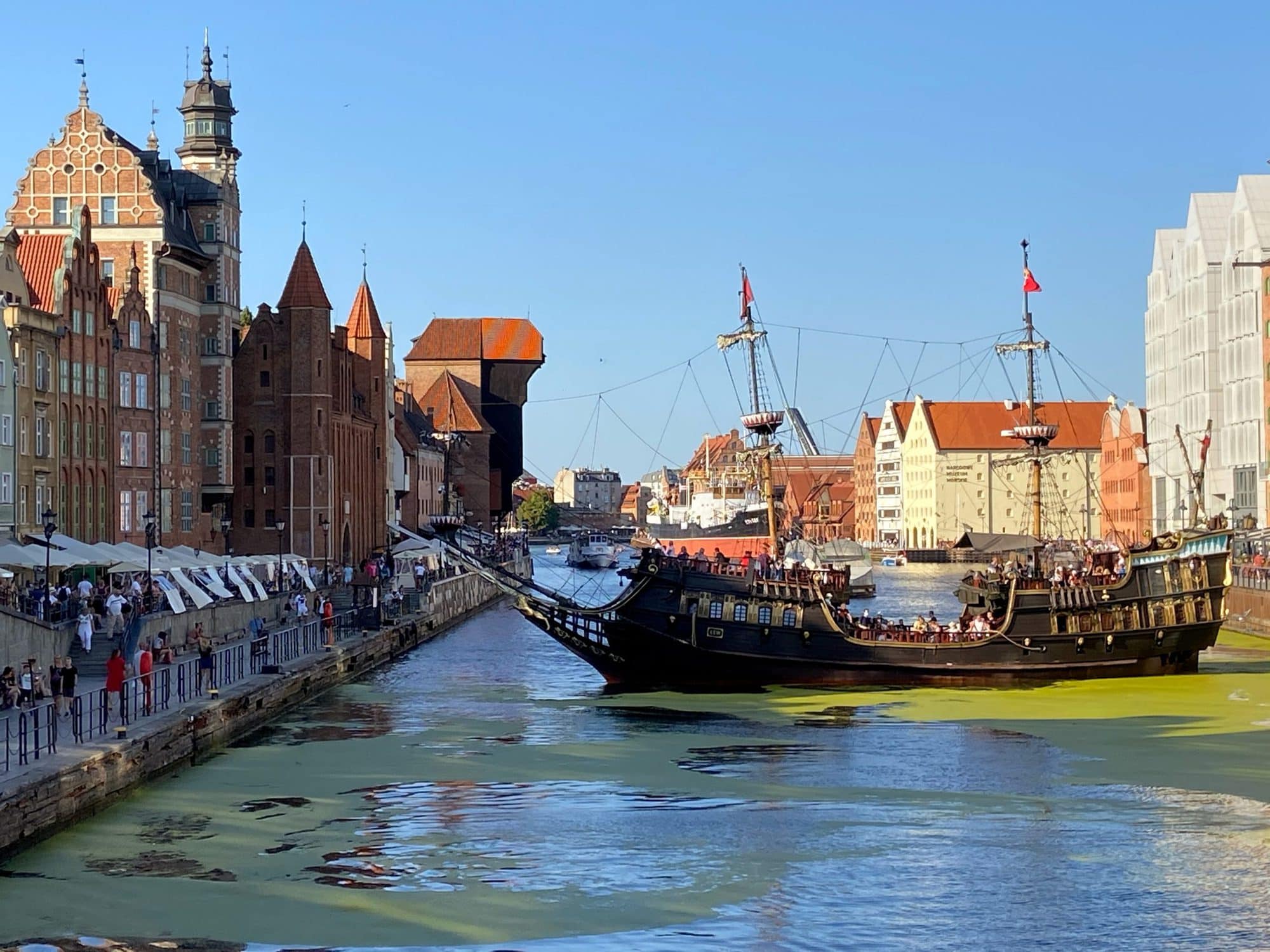 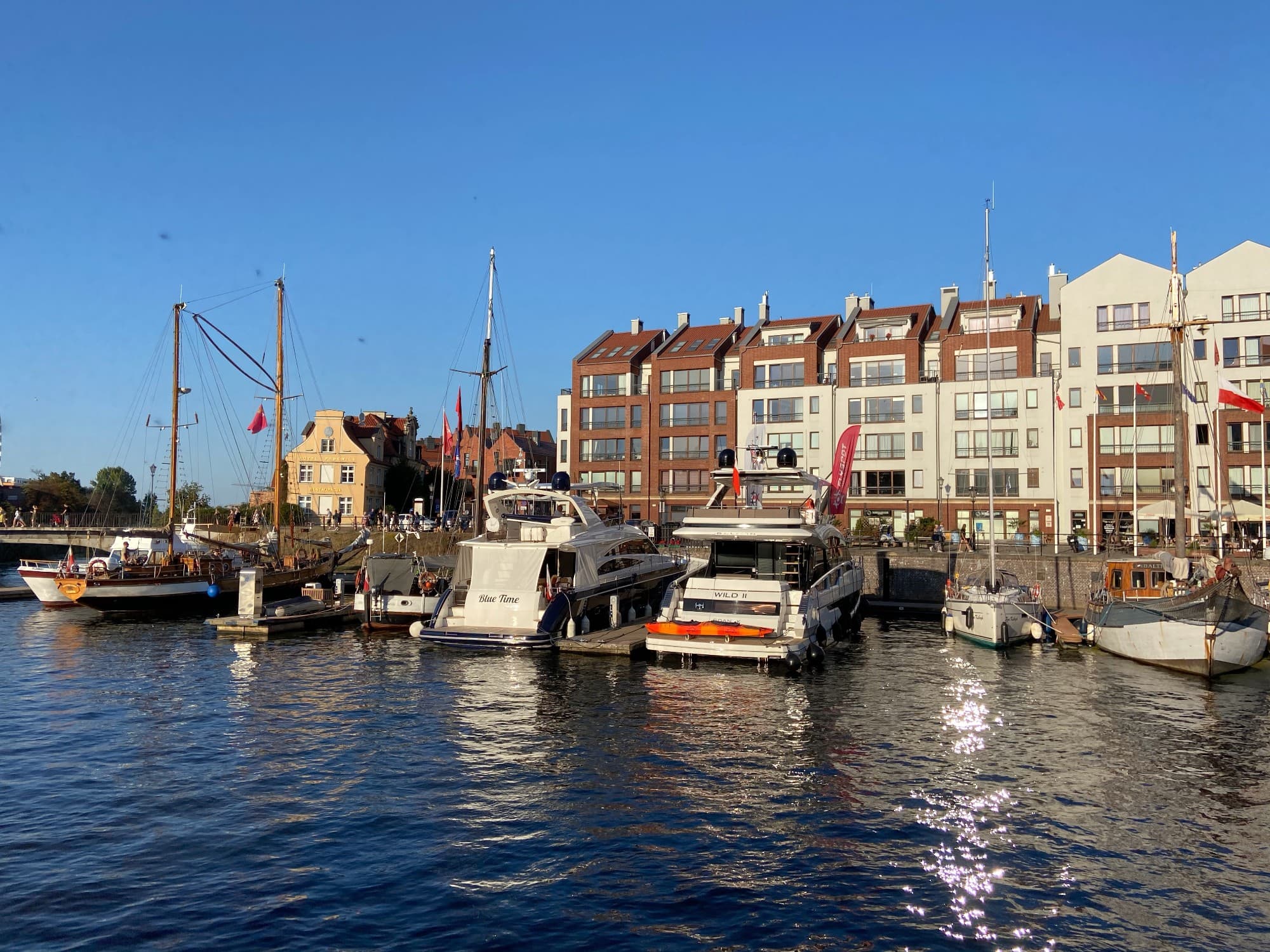 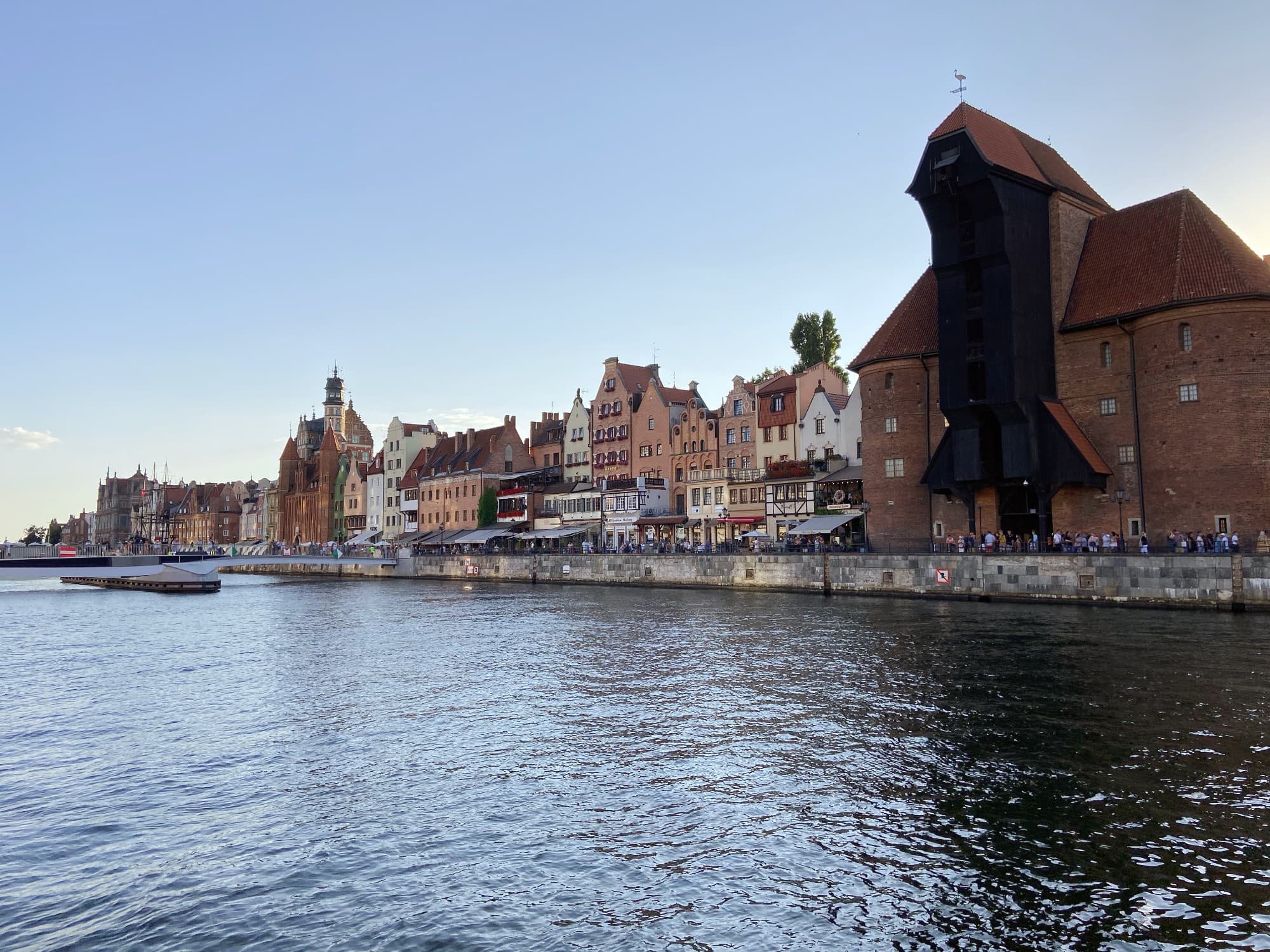 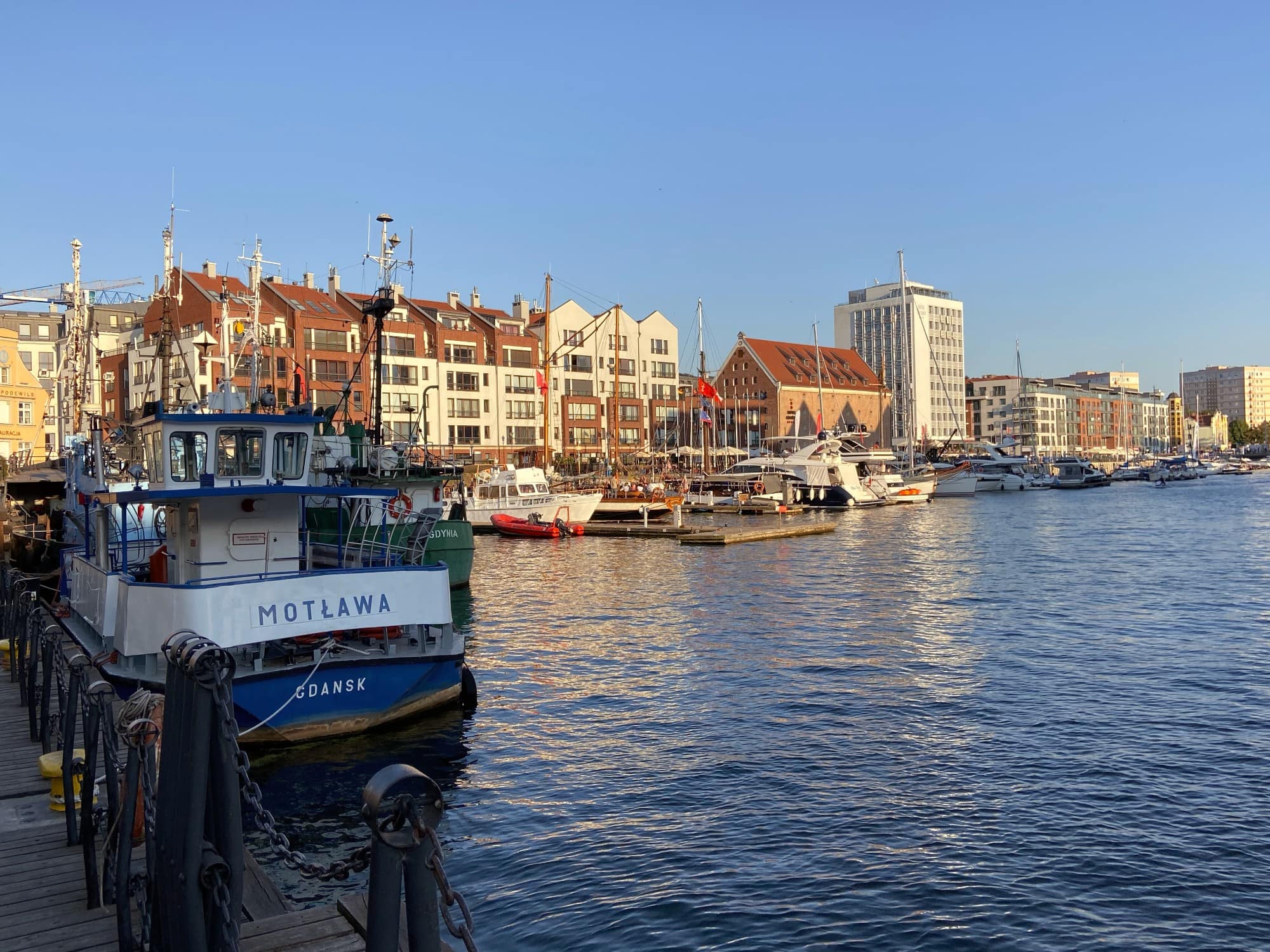 There is no better way to finish this cycling trip than revisiting the Browarnia Gdansk, a brewery run by a local hotel. It’s a little expensive but I have more Polish Zloty than I need, so now’s a great time for a treat.

On my table, you first find a seasonal Polish ale, a cloudy brew with hops grown only in Poland. Aromatic although they could have turned the screw a little on this one.

In the plate, there is roasted duck with dumplings, red cabbage and cranberry sauce. The perfect central European dinner. Oi. 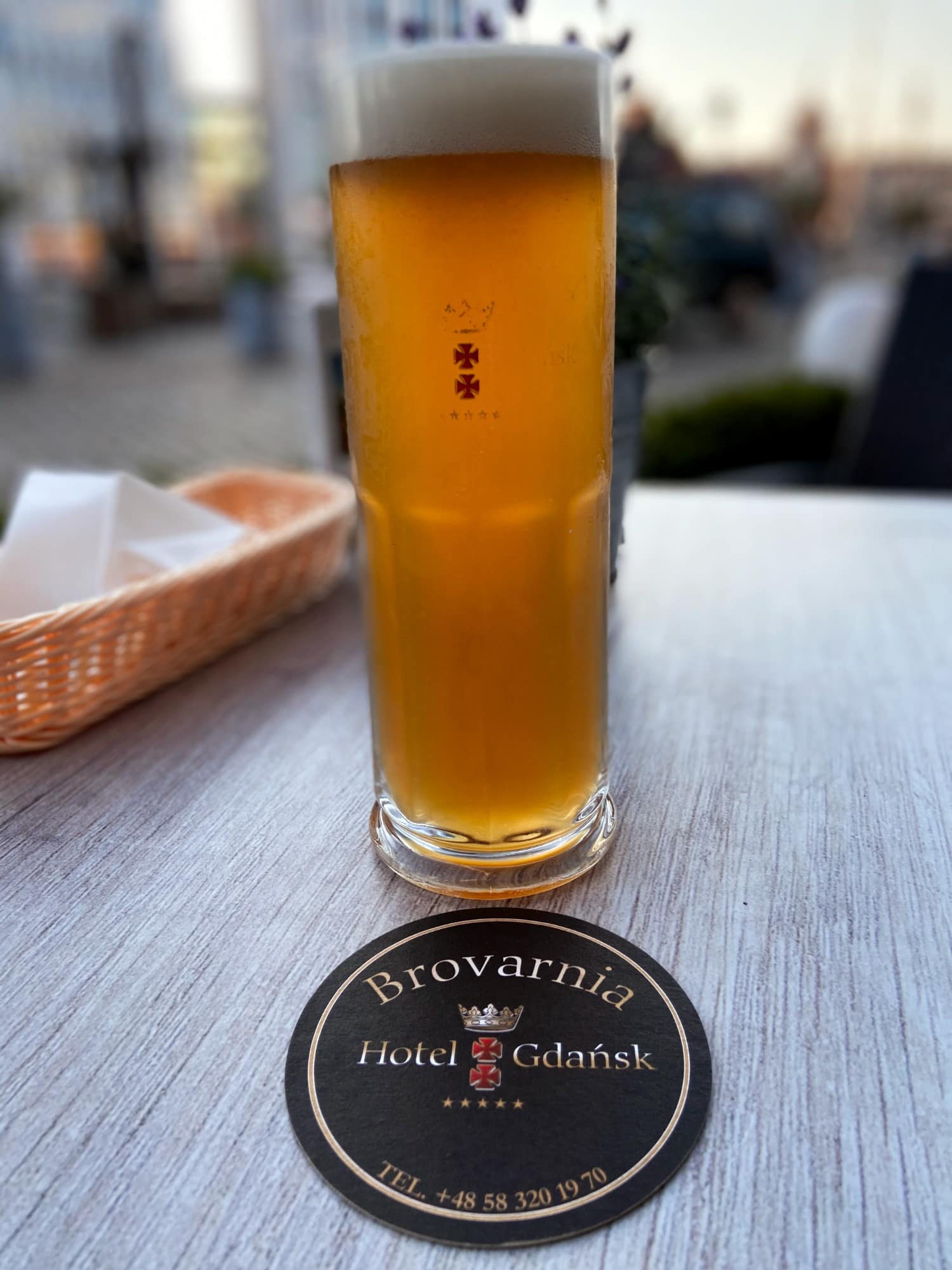 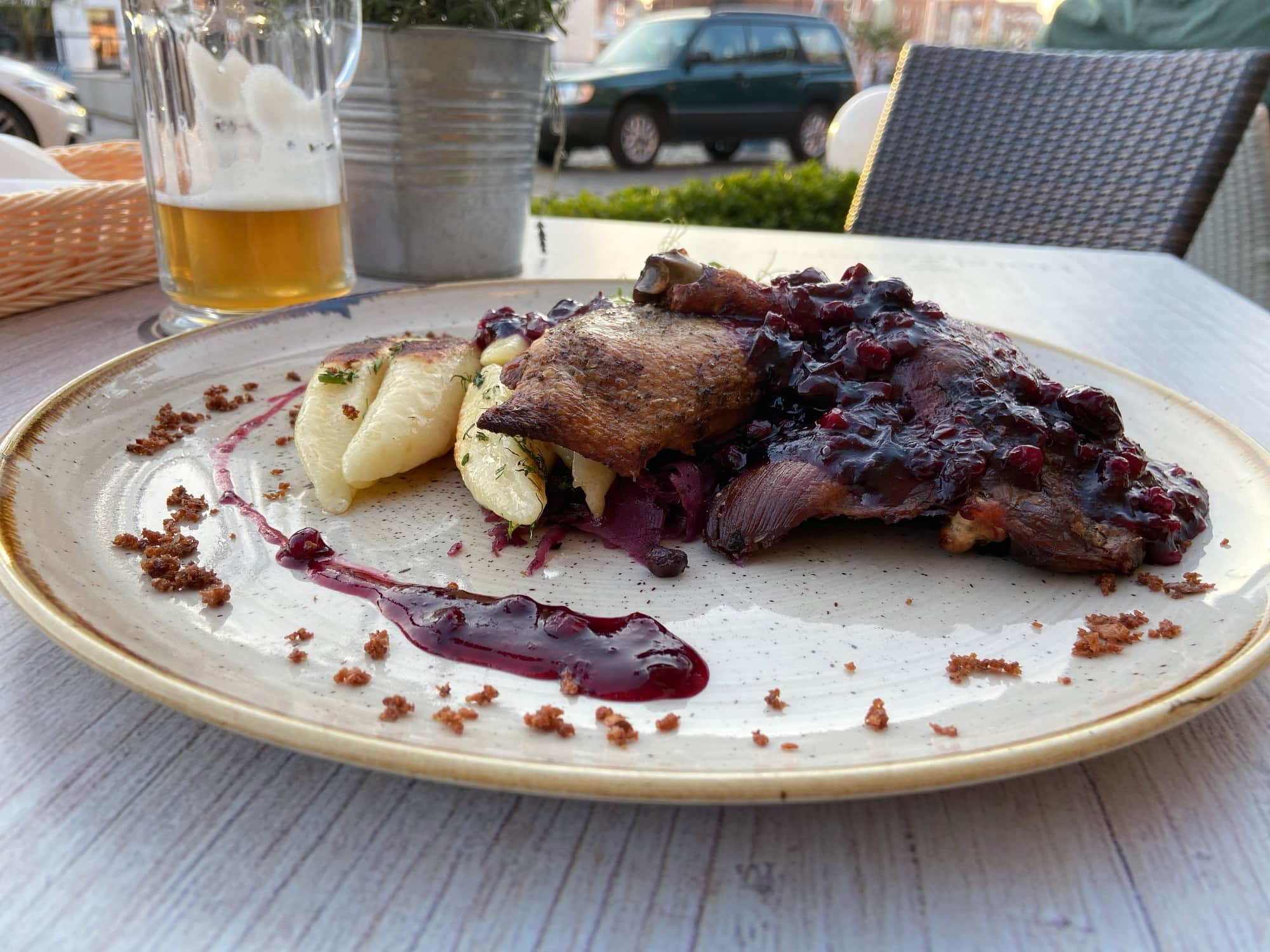 That’s it, friends. Thanks for reading.