Diving in the Polish seaside and countryside

Alright. Enough fooling around. Time to dive into Poland to spend a little time at seaside, cycle and see the countryside.

After going to Swinoujscie and spending a day in Kamien Pomorski, slightly away from the Baltic coast, I head to Kolobrzeg, a seaside resort that has beaches, lighthouses, a marina and ships. 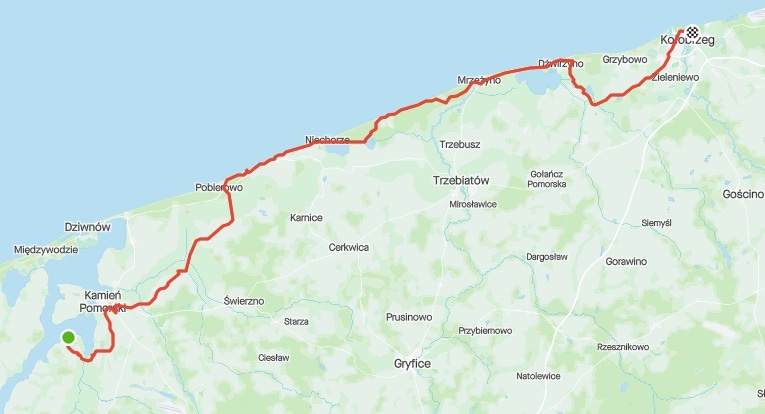 It’s a hot day with generous sunlight, few clouds, and slightly challenging cycling conditions. However, the rural landscape is cute and the breaks at beaches are worth the time.

It’s a hard day, though, when you clock more than 85 km in the heat and sunlight. 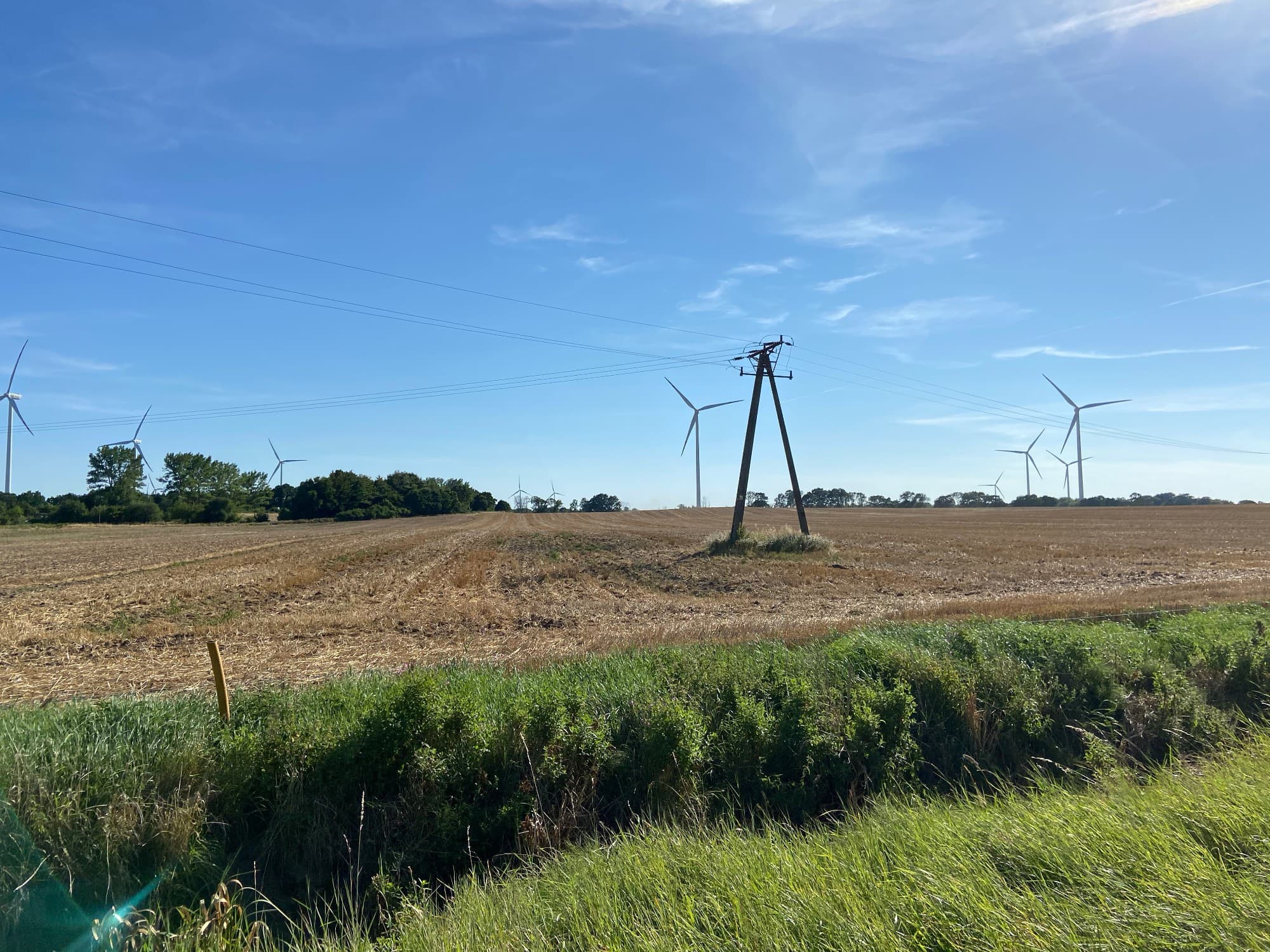 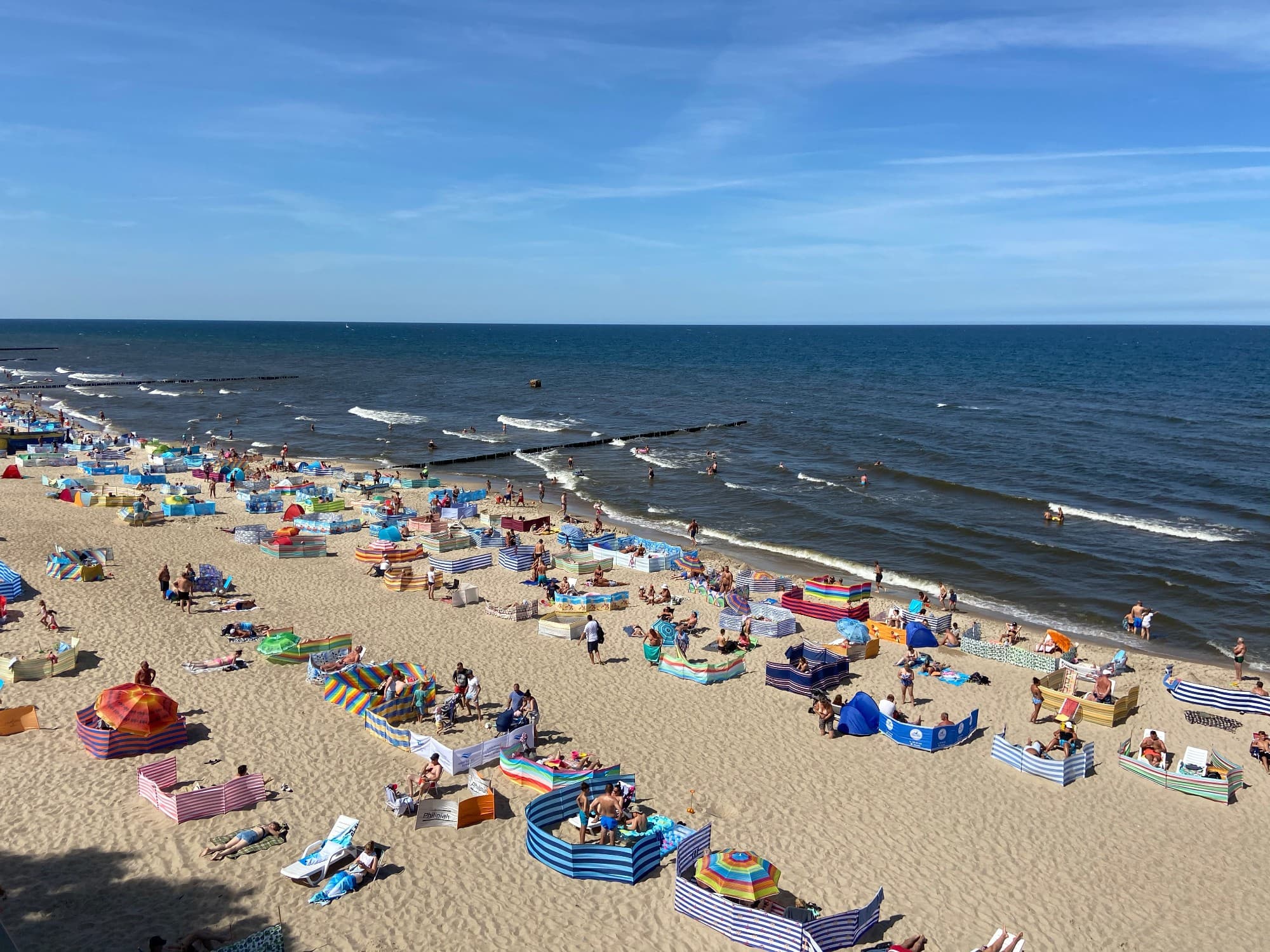 Kolobrzeg (pronounced Kolberg) is a lovely first destination near the sea. It’s mostly visited by German and Polish tourists, with few international visitors venturing beyond Krakow and Gdansk when they come to this country.

The food is quite hearty. A tender pork steak served with chewy Silesian dumplings and cabbage salad is very central European. Perfect for the hungry cyclists who has mileage in his legs. 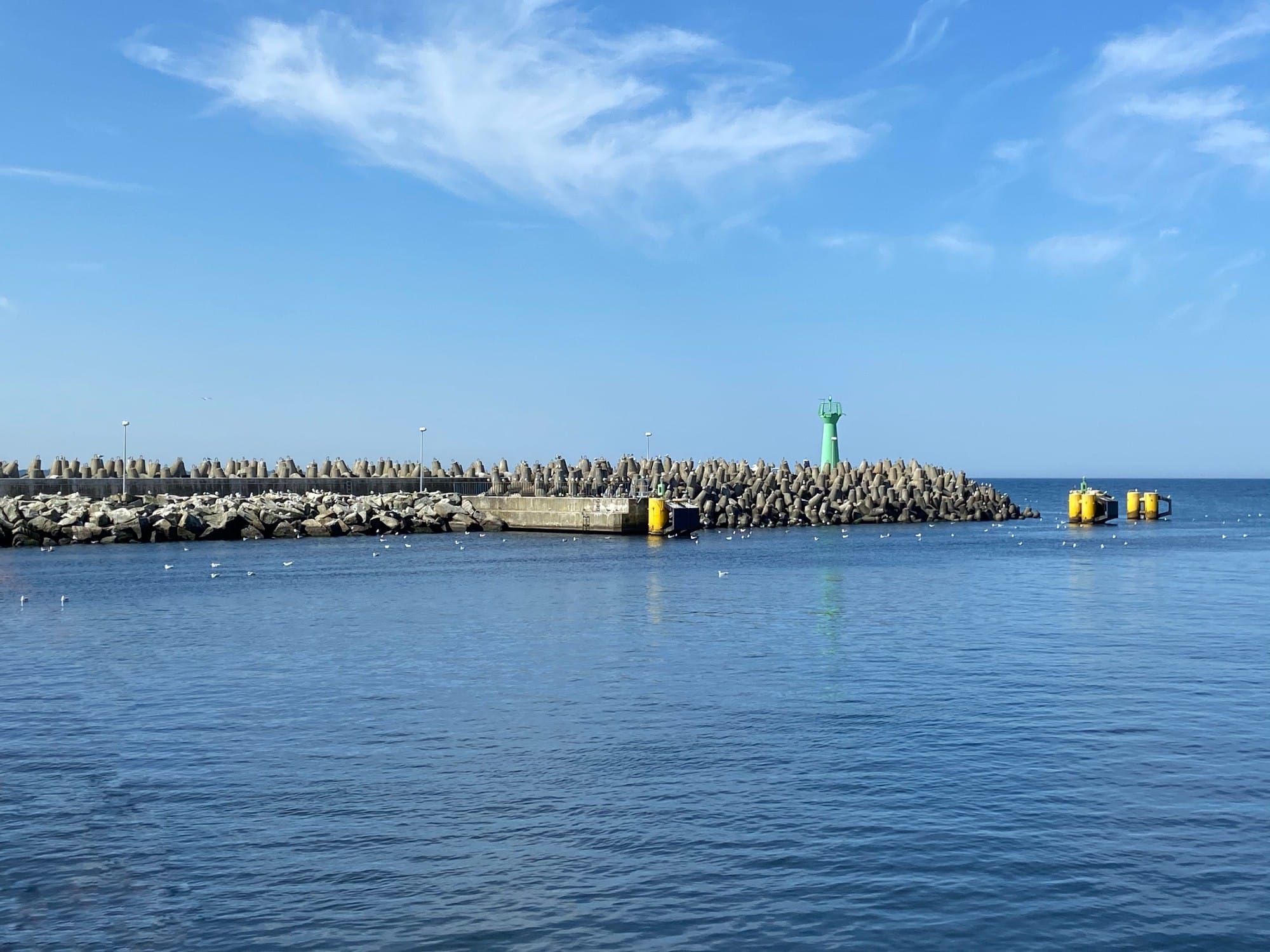 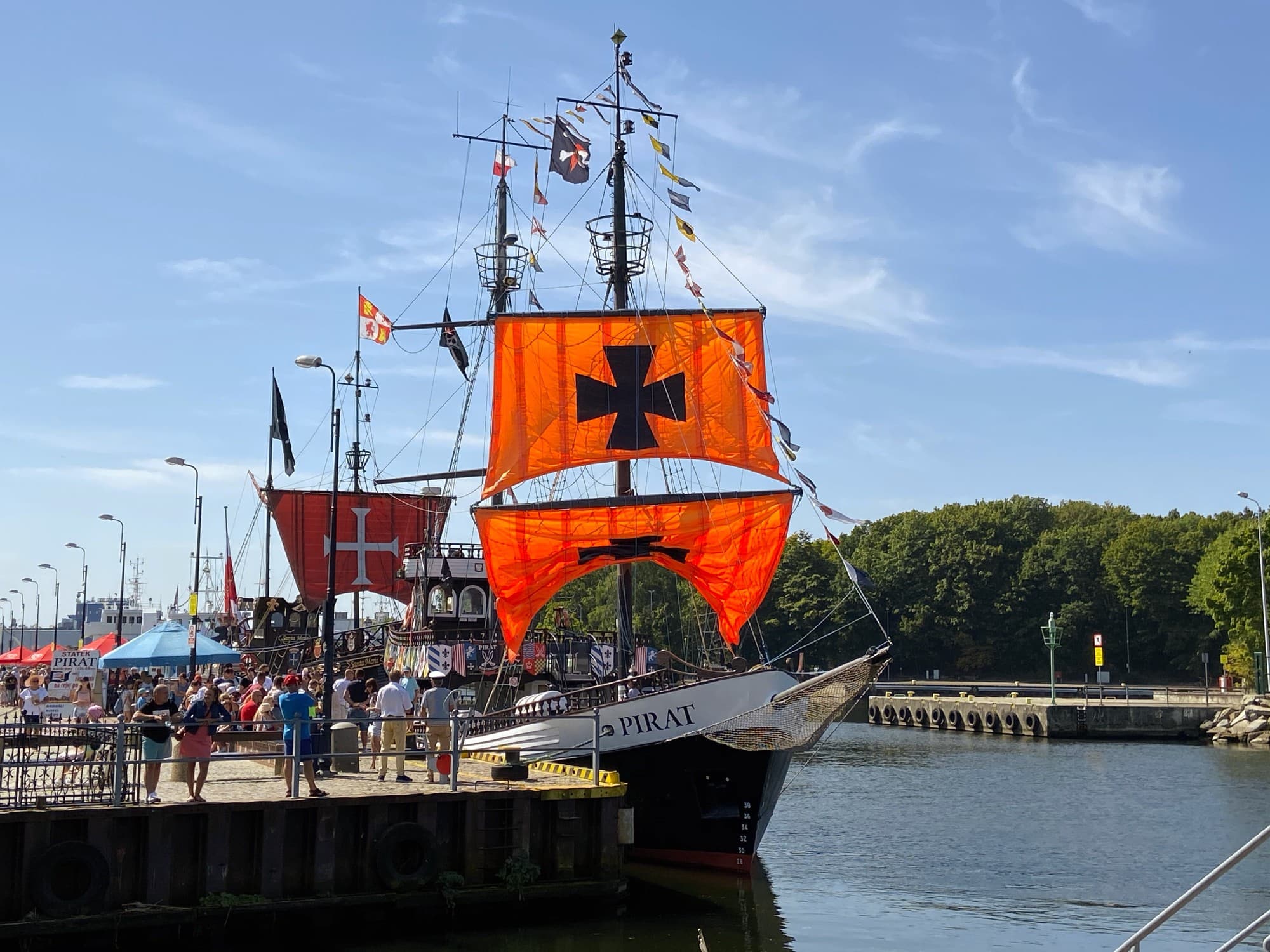 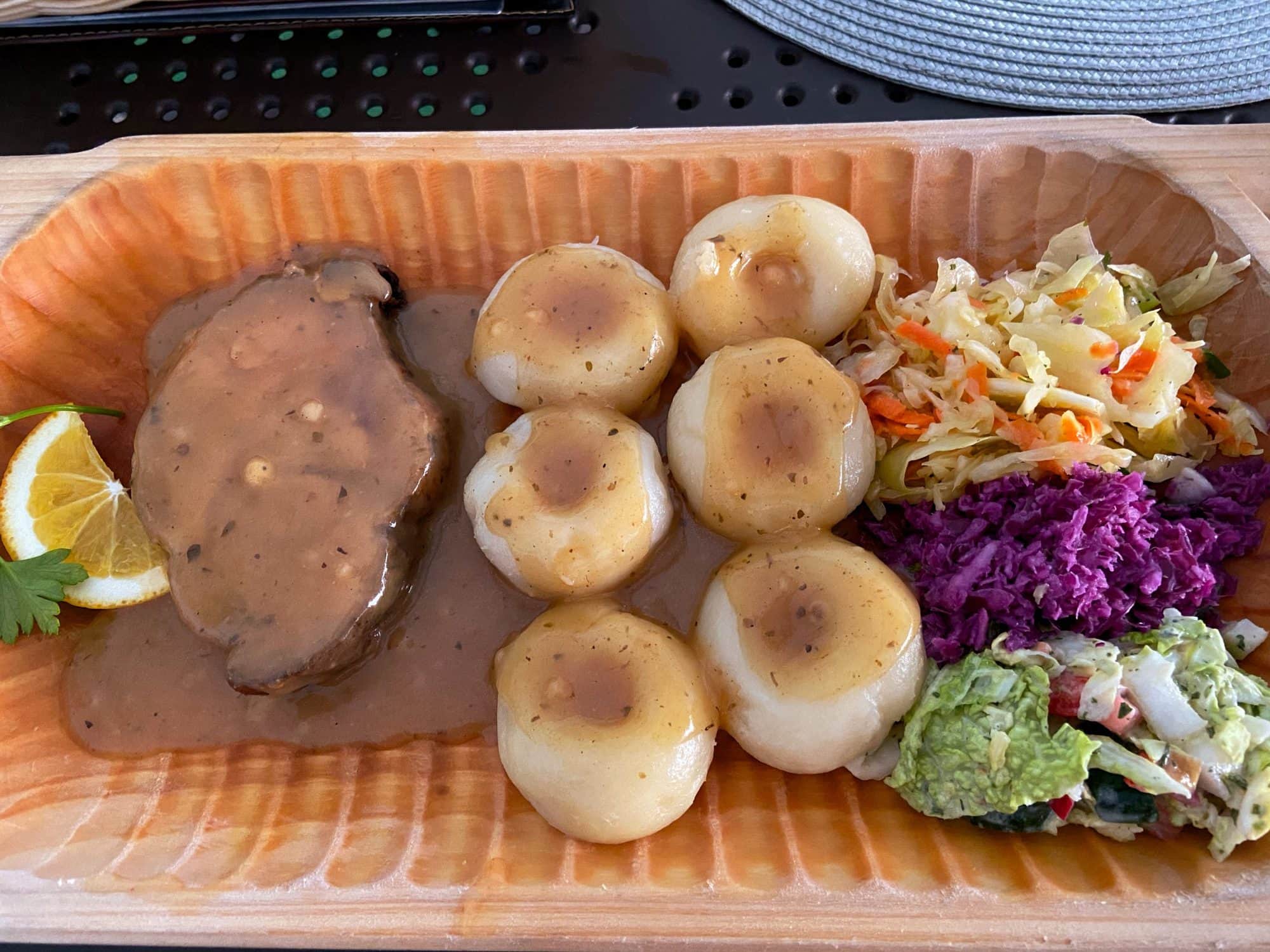 Having done more than 160 km in a couple of days after a bit of a preventive layoff, I’m sore enough in the middle of the week to take a one-day break, riding the train instead of the bike. Better to that than run out of steam and finish with an injury.

I skip straight to a town called Slupsk, which has limited touristic offerings but a nice atmosphere and inexpensive lifestyle. 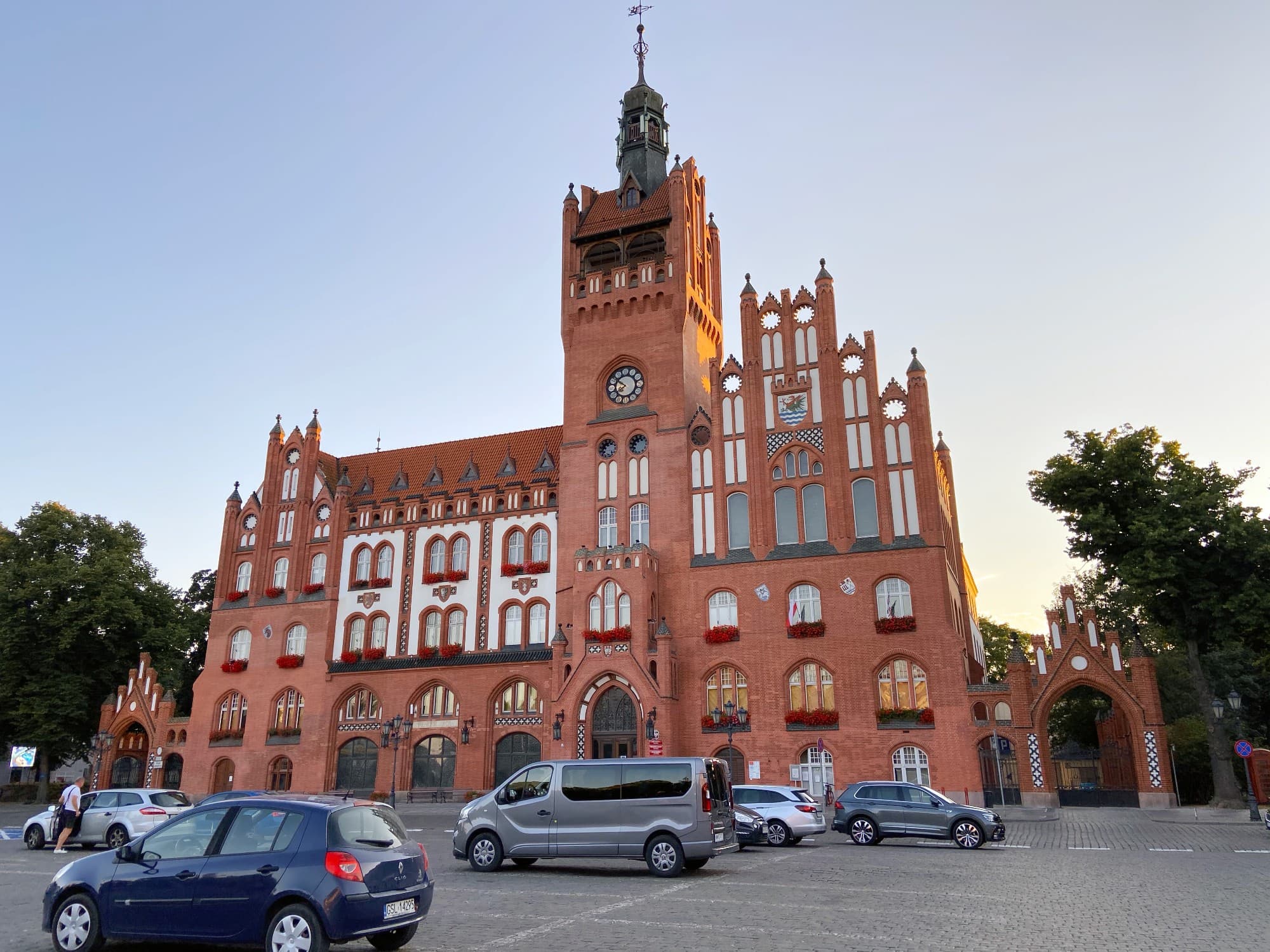 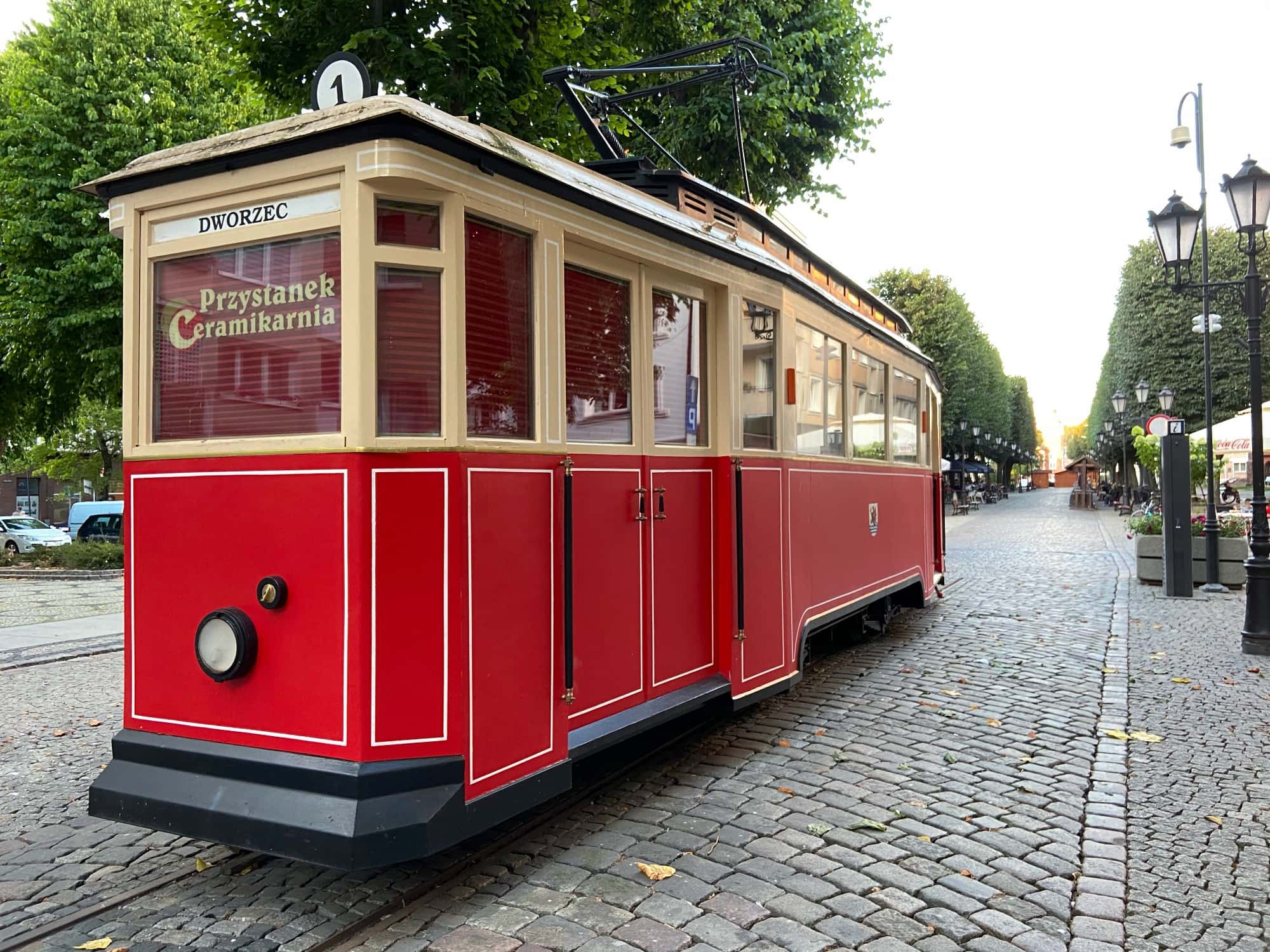 The next stop surprises nicely. The town of Lebork is simply a convenient place to go and use as a starting point before heading to the east coast, where the real spectacle resides. A 55 km ride feels easy by now, with a colourful countryside on the way and an attractive medieval town at the end. 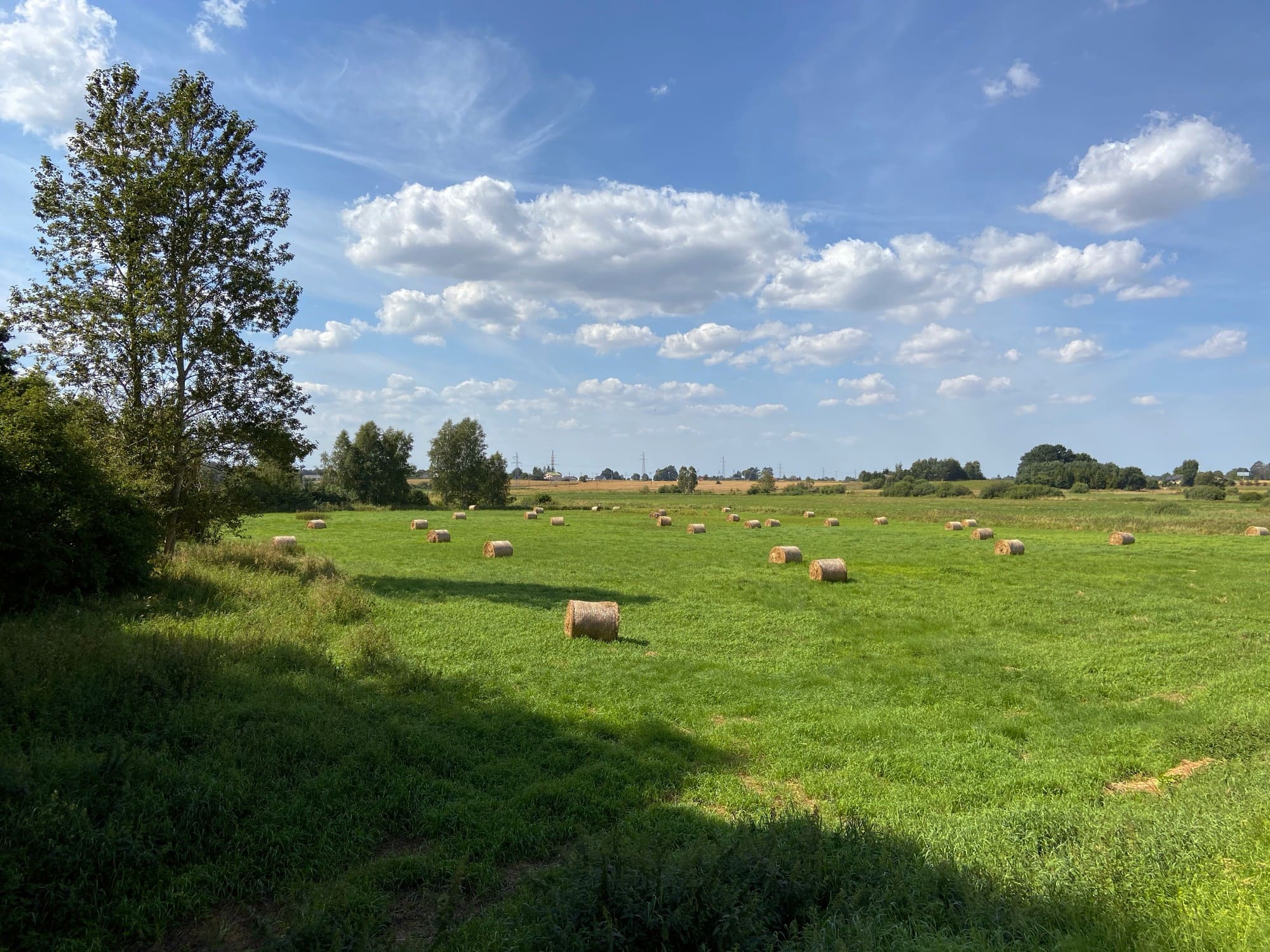 Lebork delivers more than it promises. The nicest buildings have red bricks, reminiscent of port cities from the North. 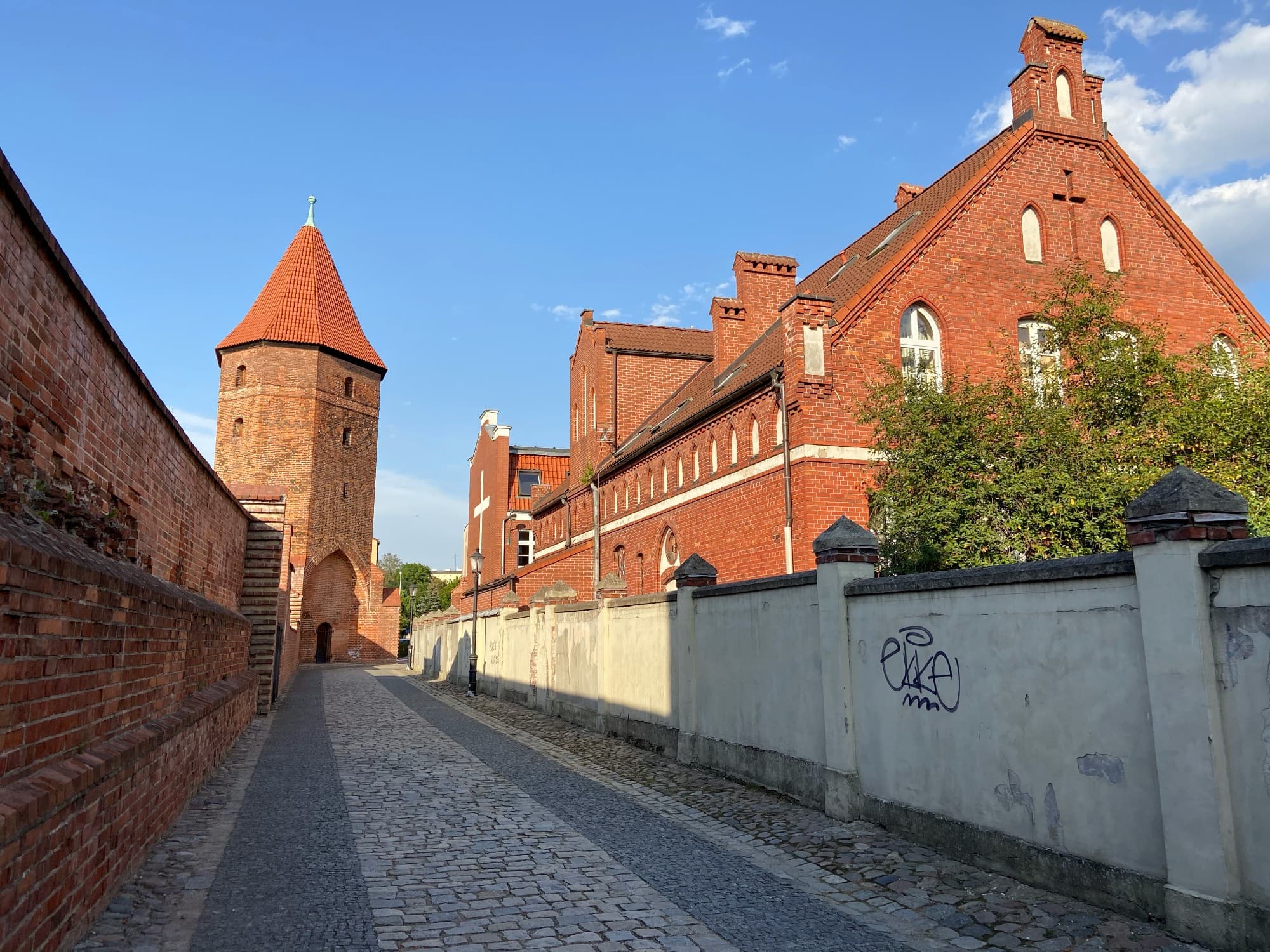 This is the first place where I see pierogi restaurants. The traditional polish staple is a form of dumplings with all kinds of fillings. The most traditional is potatoes and onion, but I go for peppers, paprika and carrot. A delicious way to fill yourself up. 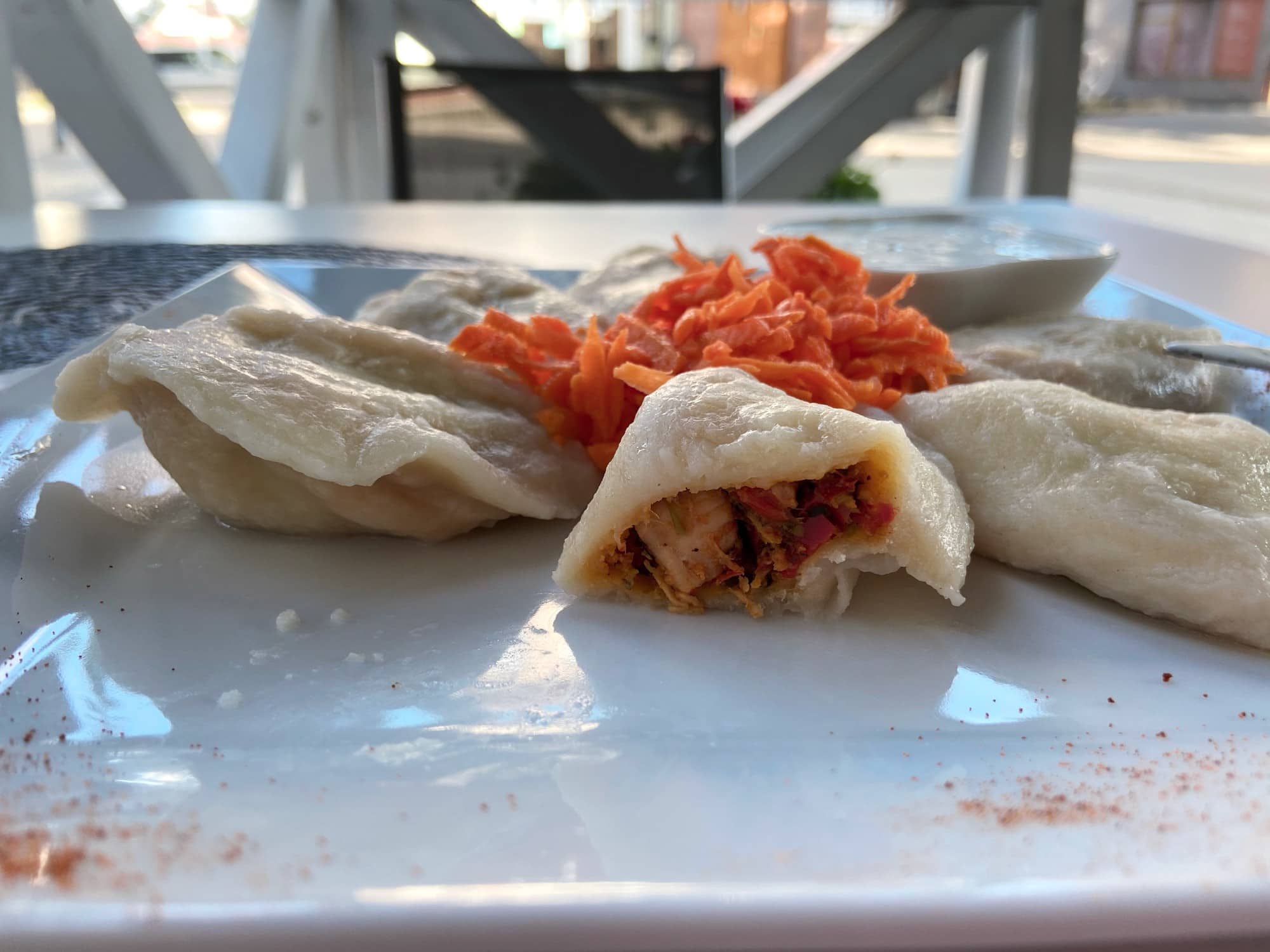 As highlighted in the previous piece, Poland has very creative products on store shelves. This time, I find salami chips! I expected those to be crispy, but they are actually soft, greasy salami slices in a chips bag. A complete crime, but a tasty one at that. 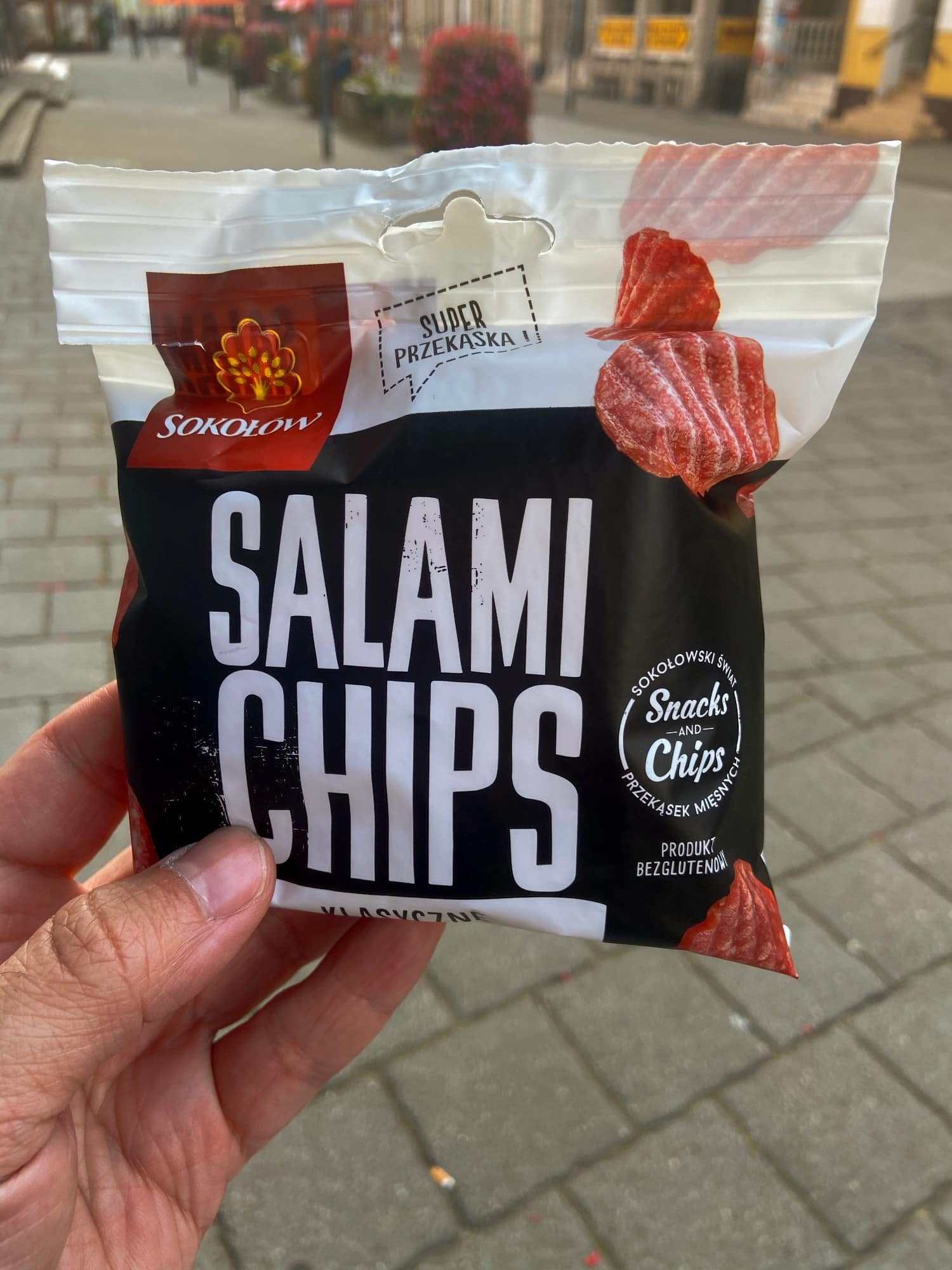 That’s it for the moment. The next entry will be the most interesting one. I’m heading to Gdynia, Sopot and Gdansk, the true gems of the north of Poland. There are nice moments here and there in a cycling trip, but it’s usually the destination that dazzles. I promise you great photos.