A magic night in Munich

If you know me, you know that I am a fan of the city of Munich and of its celebrated football team, FC Bayern München. A big post-lockdown treat featured enjoying the city and a blowout Champions League match.

It was the first time that I went to the Bavarian capital in almost two years. Having seen the biggest highlights of the city years ago, the point was to chill out and enjoy a match in person.

What do you do in a city that you have visited many times? Try new things, which you ignored in the past. A highlight was Lenbachhaus, with its garden pictured below.

What was interesting in the art gallery was discovering not only paintings and photography from famous local artists, but their philosophy was that all forms of art are equal. They fought against the development of national trends and orthodoxies such as “realistic reproduction of details is what makes quality”. Abstract was just as interesting to them.

I also stopped by the Pinakothek der Moderne, a massive gallery that showcases modern design from furniture to bikes, shoes, vehicles and more. Even “live clocks” recordings by a Dutch artist who makes human beings update clocks in front of your eyes.

For food, I went local in ways that many tourists don’t. I stayed in mostly residential neighbourhood and found a restaurant in the area for what may have been the best plate of grilled vegetables I ever had, in a cute setting. 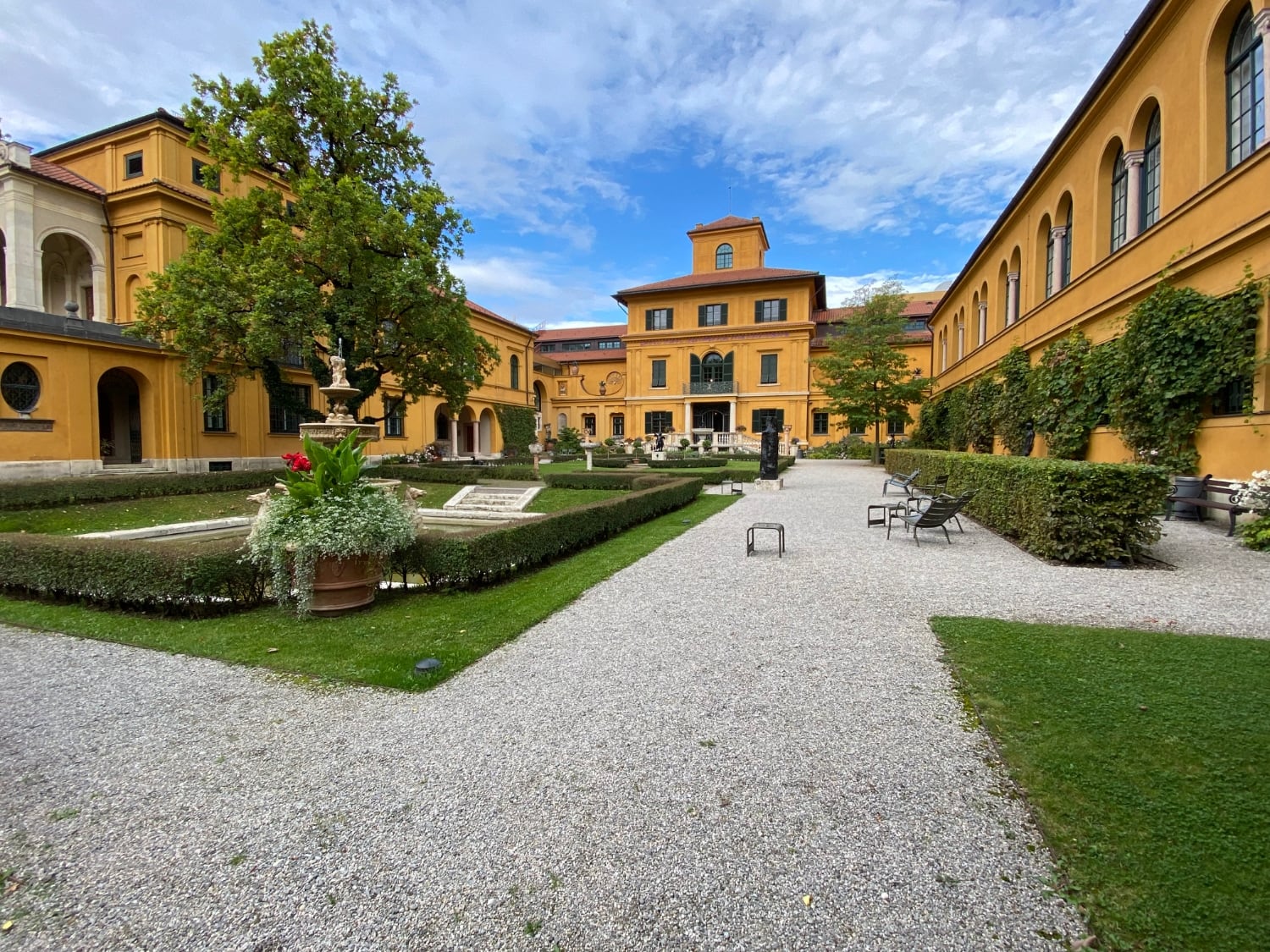 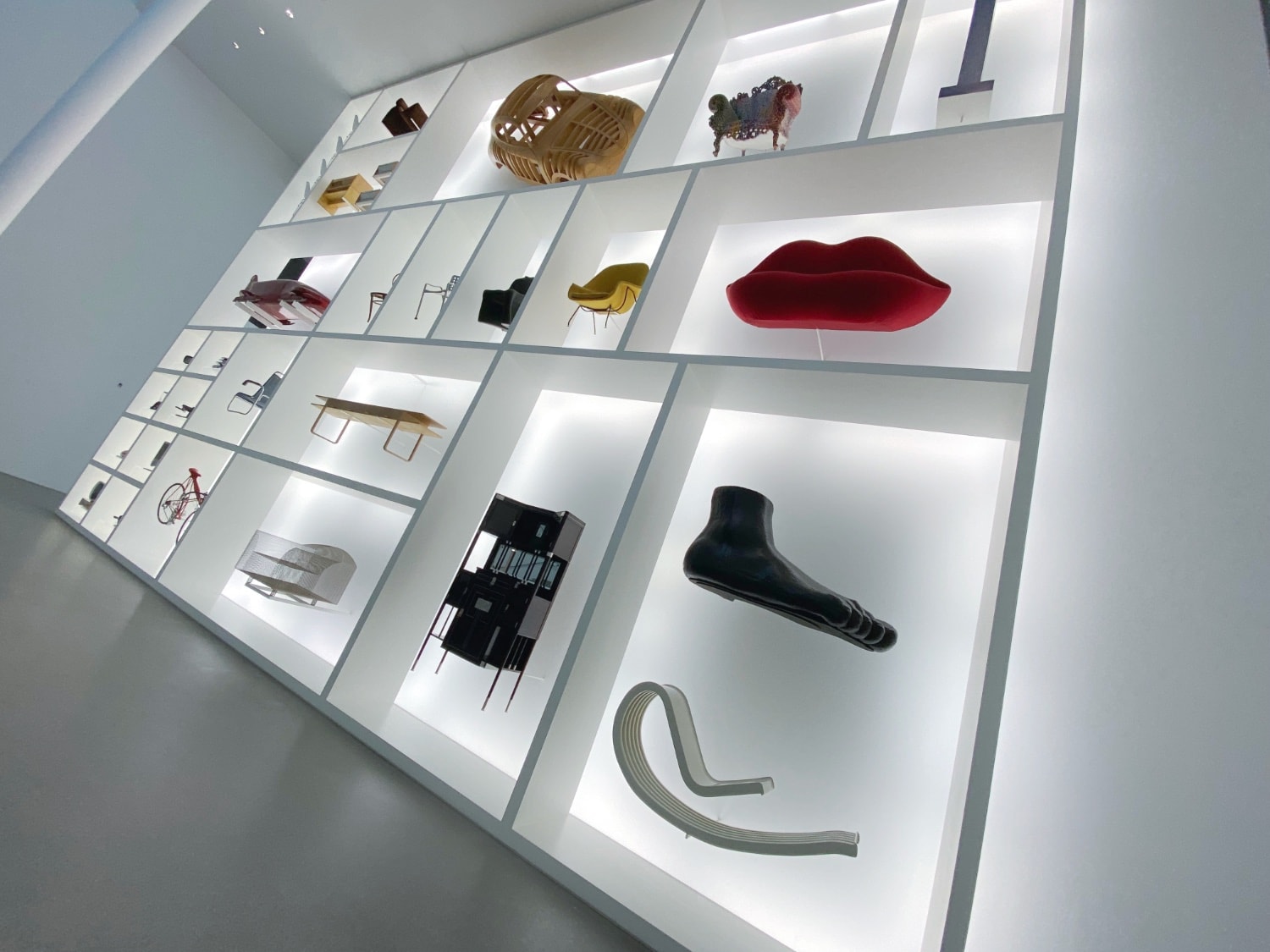 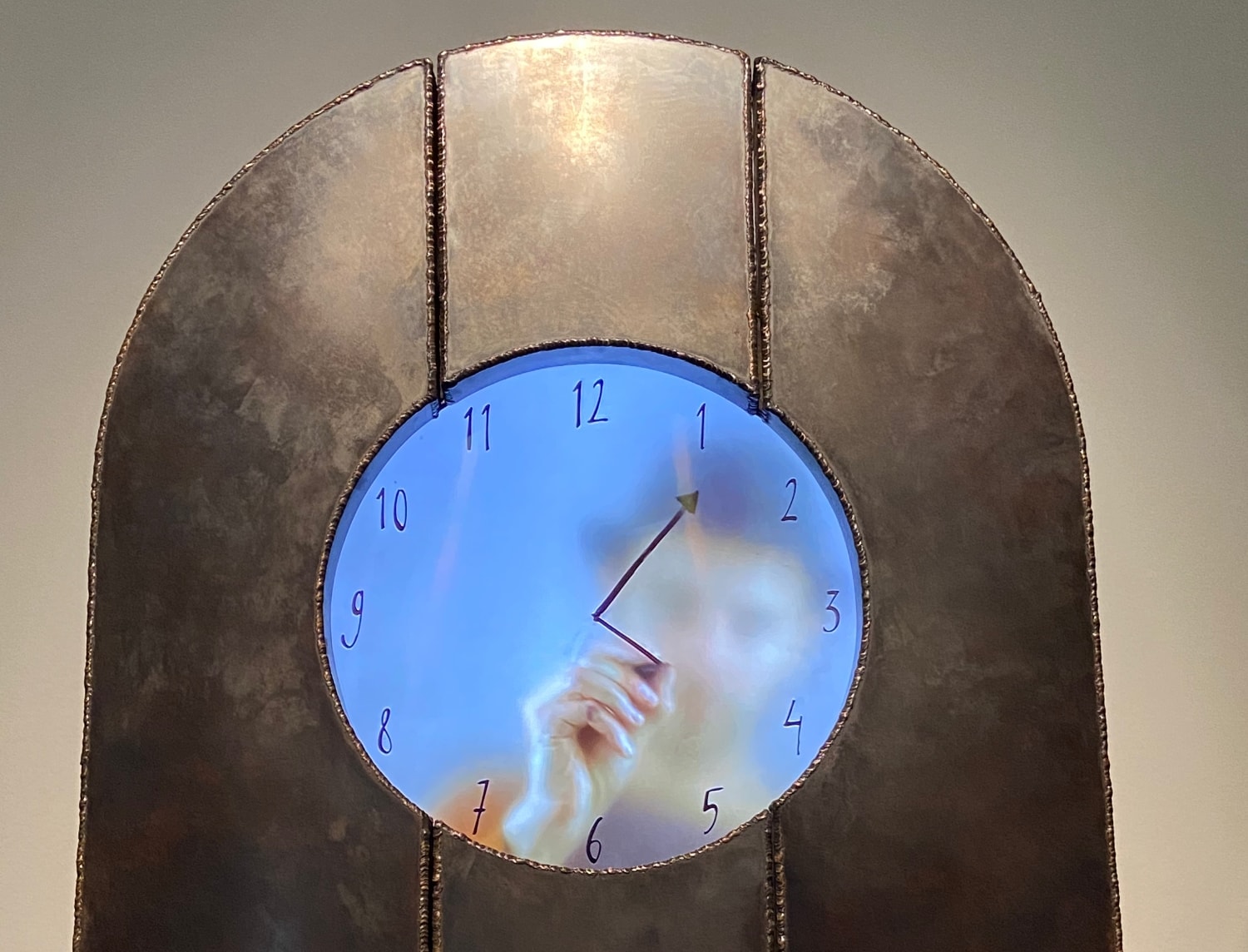 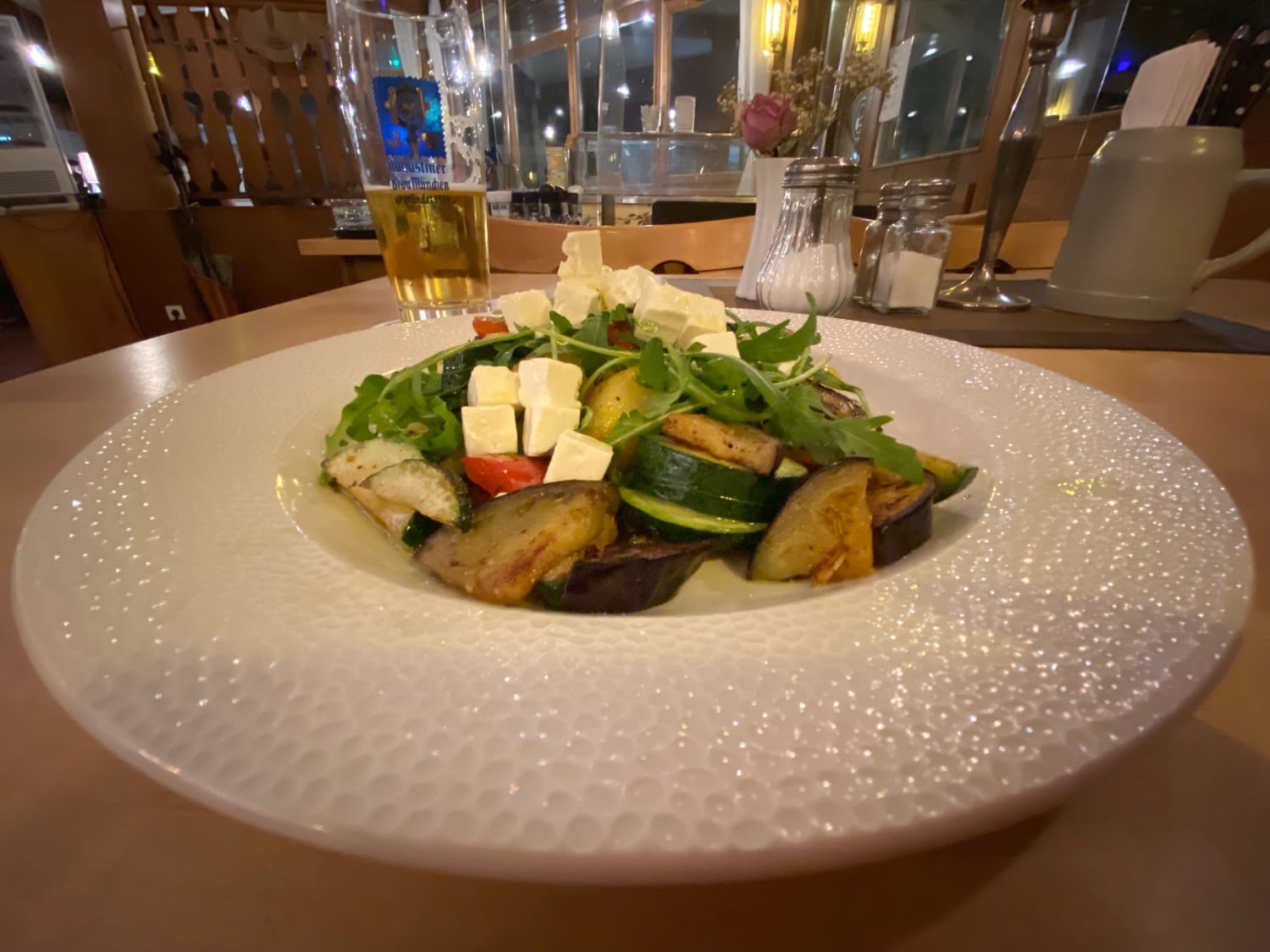 Speaking of cool design, one of my favourite spots in public transport is this section of the Marienplatz metro station. Super cool. 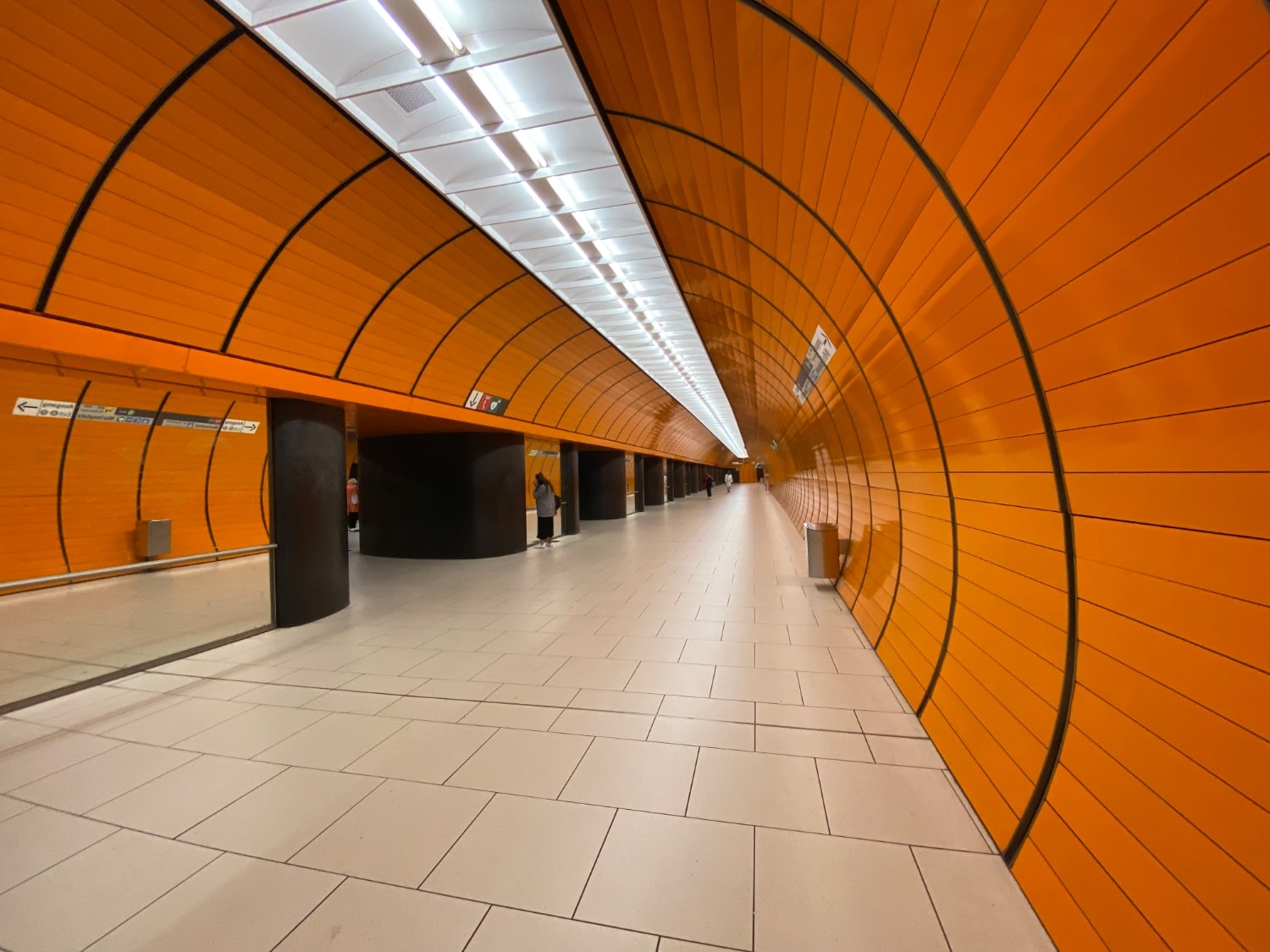 The purpose of the trip was, however, a Champions League match opposing FC Bayern and Dynamo Kiev on Wednesday evening. 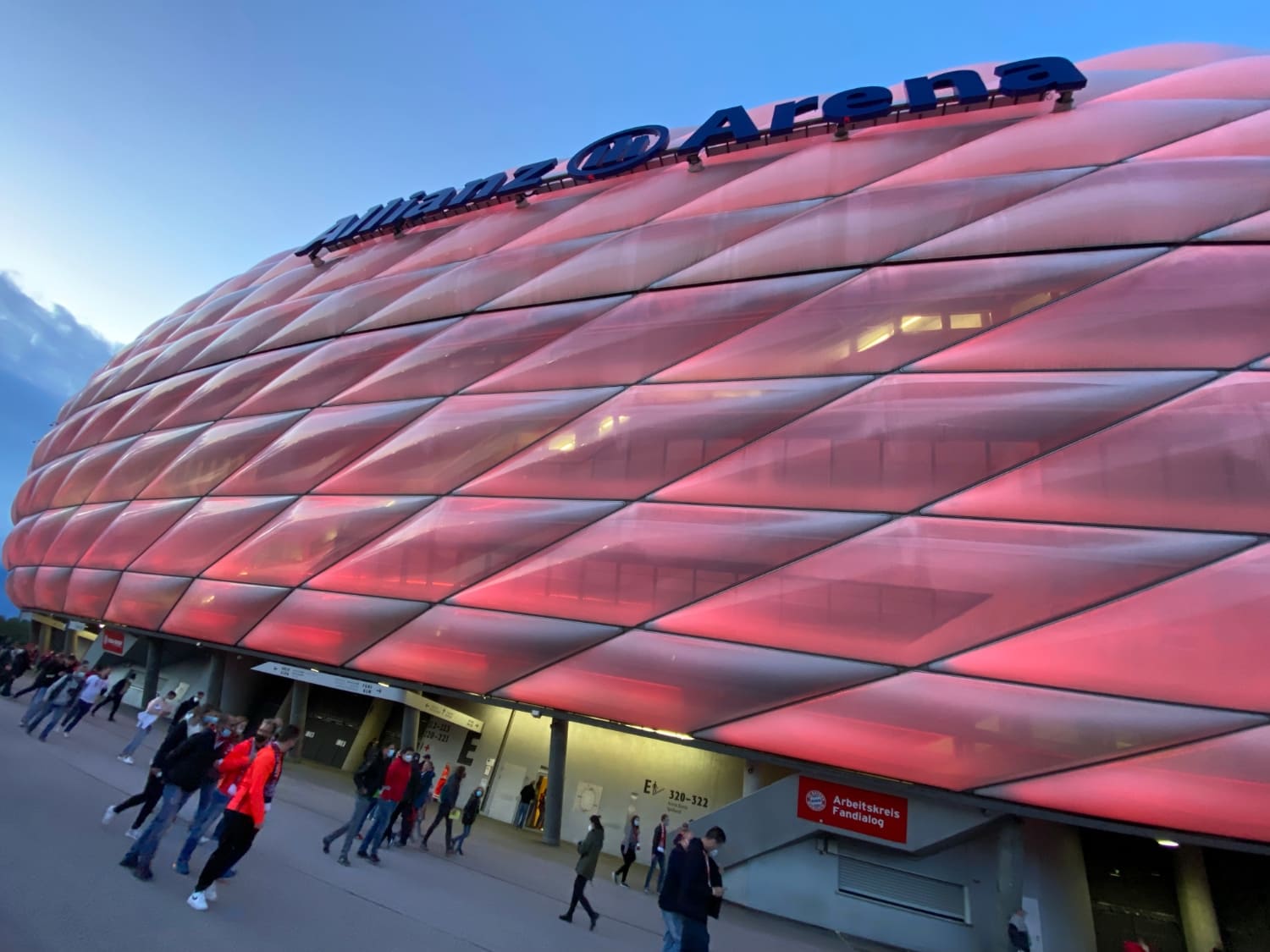 What a night it was! I was sitting in the fourth row with a great view of the pitch to watch my favourites blow their Ukrainian opponents out of the park 5:0 with powerful, creative football.

The speed of execution on their attacking plays was stupendous to see in person. The kind of effect that TV cameras may not catch. The defense is built on solid team work. Seeing Leroy Sané play a fantastic match was rewarding, and Niklas Süle seems to have finally shaken off the effects of previous injuries. 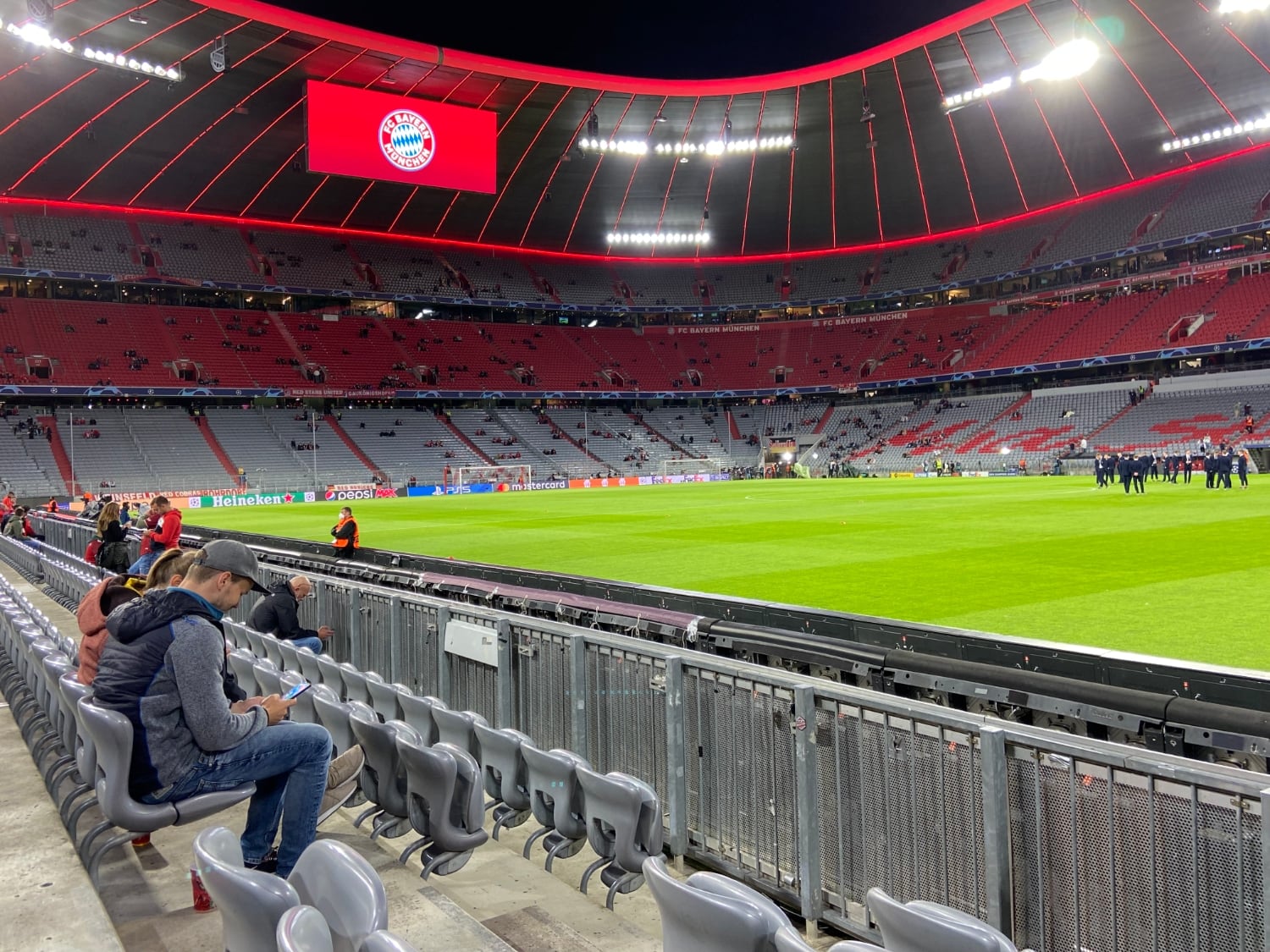 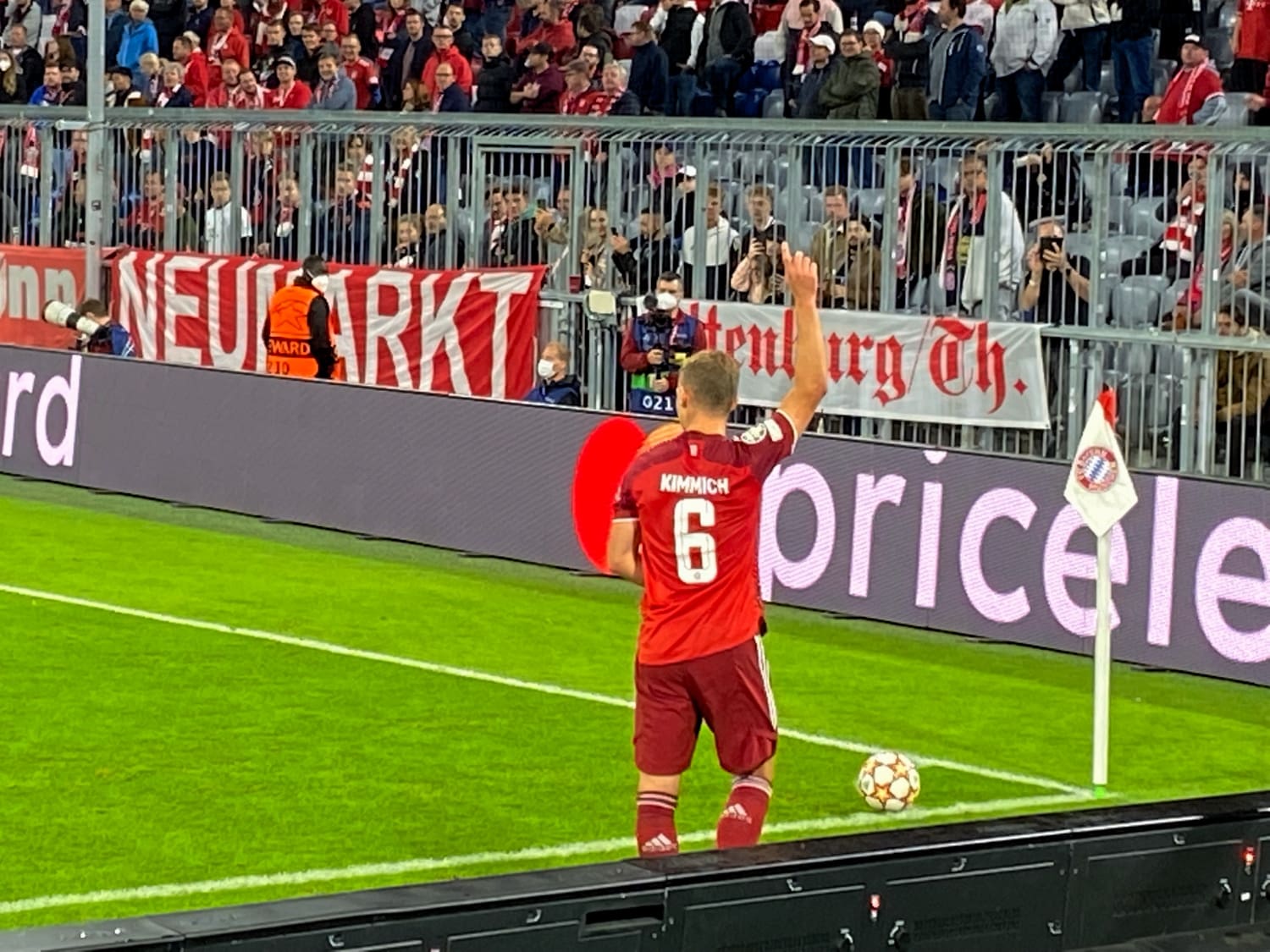 There are reasons to be very optimistic about this Bayern side led by coach Julian Nagelsmann. If there is no major injury crisis, the team could run the table once more in Germany and Europe.

So long from Munich 😉 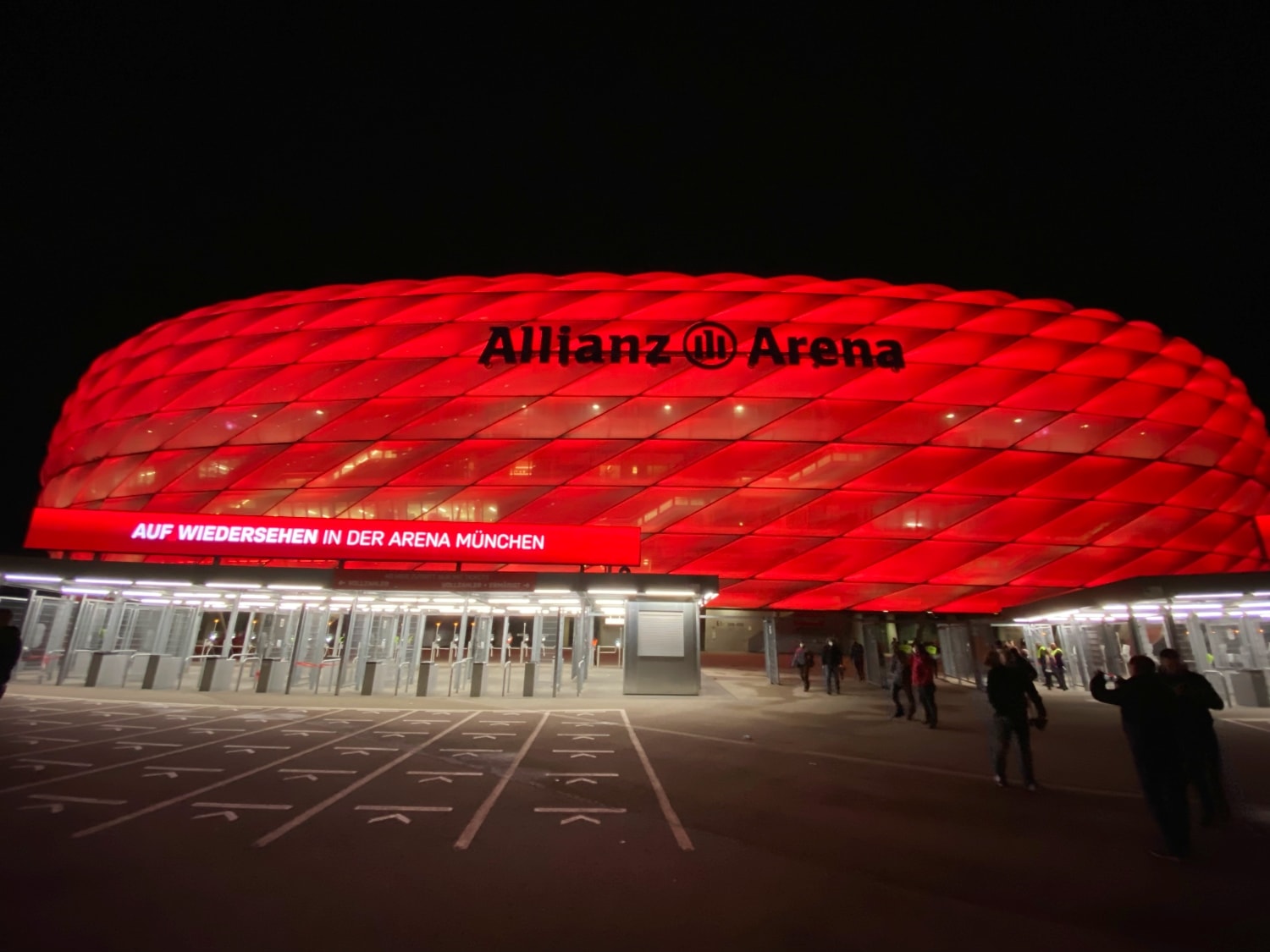